In tonight’s episode, we see Rajesh's brother Cheetar causing trouble in Happu's life. Find out the details inside. 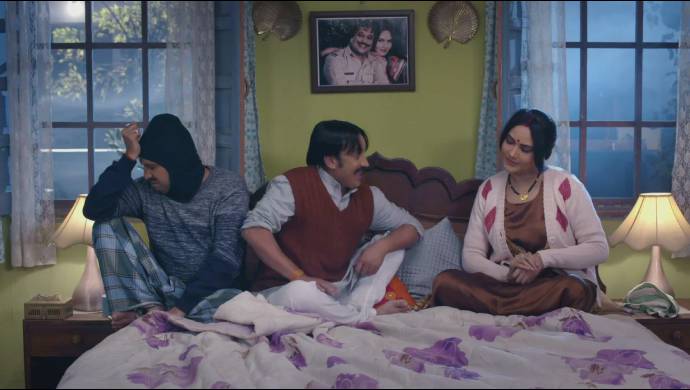 In this episode of Happu Ki Ultan Paltan, we see Happu and Rajesh talking to each other in their bedroom. Rajesh tells Happu that it’s been long since the latter has romanced her. He pulls her close and kisses her hands. They are interrupted by Cheetar, who comes inside without knocking on the door. Cheetar then sits between Rajesh and Happu and starts playing cards with the former.

In Amma’s bedroom, we see her talking to Khodi Lal and complaining about Rajesh. Khodi Lal tells her that Rajesh is happy, as her brother has visited after so many years. Amma angrily replies saying that he should not take Rajesh’s side. Just then, Happu comes in her room and sleeps on the couch. Amma asks him what he is doing here. To this, Happu tells her that Cheetar has occupied his bed, and is busy teaching Rajesh how to gamble. Meanwhile, Happu comes running to Benny’s house and tells him that he desperately wants to go to the bathroom. Benny suggests that he pick up a bucket and go out in the open. A while later, the Commissioner tells him that Happu is the reason behind the unsuccessful cleanliness drive. The constable asks the Commissioner to suspend Happu for this. The Commissioner tells Happu that he will be fined with an amount of Rs.11,000 from his salary.

Then, we see Happu’s children telling him that Cheetar has taught them how to play cards and gamble. A furious Happu tells them that it is not good for their future. After a while, we see Happu complaining to Rajesh about their children playing cards. Rajesh tells him that he should thank her brother for teaching them cards as the children have given up using mobile phones.

Anita, Angoori, Ira Or Rajesh: Who Is The Most Ideal On-Screen Wife?

In the upcoming episode, we see Cheetar telling Happu that he will be getting promoted to the post of the Commissioner. He then asks Happu to pay a sum of Rs. 20 lakh for it. Upon hearing this, Happu looks bewildered. Will Happu be able to pay the huge amount to Cheetar? To find out, keep watching Happu Ki Ultan Paltan now streaming on Zee5.