Rajesh and Amma are busy with their rehearsals and Happu is left with no choice but to cook the food himself. 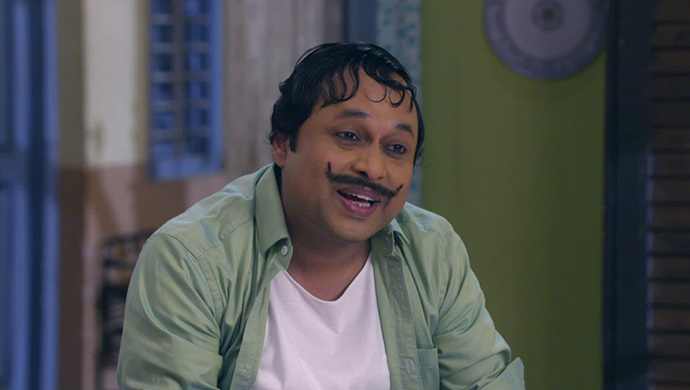 In the previous episode of Happu Ki Ultan Paltan, Amma and Rajesh both call Happu and complain to him about each other. Rajesh tells him that Amma is trying to put her down and Amma tells Happu that Rajesh is being over-smart. Before returning home, Happu stops by Beni’s house and blames him for creating a new problem in his life.

In tonight’s episode, Happu comes in his bedroom and sees that Rajesh is upset. Upon asking her the reason for being upset she starts complaining about Amma. She tells him that whenever she rehearses for her audition, Amma comes there and starts picking up on her mistakes. Happu tells her that since she has a little bit of knowledge of music she might be doing that. Listening to this, Rajesh starts beating Happu.

Happu gets annoyed to get beaten up every time by Amma and Rajesh. Rajesh then realises that she was beating Happu for no reason and apologises to him by singing him a song. When Rajesh is about to start the song, Amma starts singing and this irritates her. Both the ladies start singing at the same time and Happu and Khodilal are confused. The other day, Kamlesh plans to disguise as an unknown person and come to donate blood in their blood donation camp. Malaika after seeing him and his style have a doubt that he is Kamlesh but she is not sure about it.

Later that day, Happu asks Rajesh to cook some food as everyone is feeling hungry. Rajesh refuses to do so and asks Happu to cook instead. When he goes to Amma, even she tells him the same thing. He decides to go to Beni and ask him to help him in making food. Sometime later, Chamchi and Hrithik come at Beni’s house and lie to him that Bimlesh has asked him to donate blood. Listening to this, Beni gets ready and leaves Happu alone to cook the food.

Watch Hutatma That narrates the story of how the state of Maharashtra came into existence with Bombay as its capital.