Happu and Beni think of another plan to break Rajesh and Amma's friendship and this time it works out well. 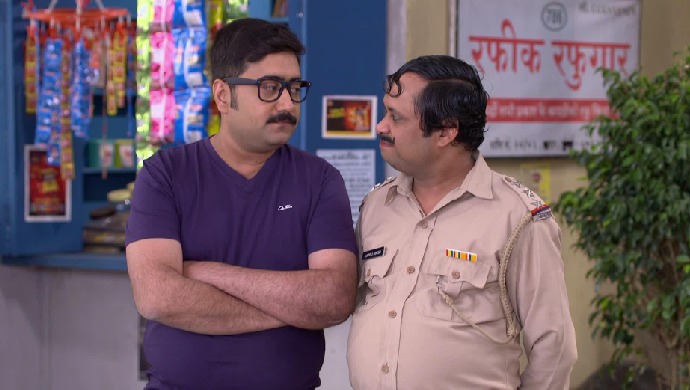 In the previous episode of Happu Ki Ultan Paltan, Happu tells Rajesh that Amma is old and at her age, her knees might pain after such activities. Hearing this, Rajesh calls Amma and tells her that Happu was calling her an oldie. To get a solution to this problem, Happu goes to Beni’s place. He tells Beni that he is missing the arguments and fights that used to happen between Amma and Rajesh.

In tonight’s episode, Happu and Beni try to break Amma and Rajesh’s friendship by instigating them about each other. Unfortunately, their plan fails because Amma and Rajesh sort the matter out immediately. Kamlesh comes to Kate and Malaika’s bedroom and gets shocked to see Kate with a tattoo of Raj’s name on her neck. She tells him that she did it for Raj so that he won’t feel lonely anymore.

Later that day, Happu and Beni think of another plan to break Rajesh and Amma’s friendship. Happu goes to Rajesh and says that Amma feels that Rajesh has become old now and needs to do something to look young again. Hearing this, Rajesh feels bad. In the evening when Rajesh brings chai for Amma, she says that she needs to reduce drinking chai as she is becoming old.

Both the ladies have an argument over this topic and decide to leave the house. Happu gets happy at first but after seeing both the ladies leaving the house, he reveals that he is the reason behind their argument and did it intentionally to break their friendship. Knowing this, Amma and Rajesh sort out the differences and return to their daily routine.

At night, Raj comes to meet Kate and sees the tattoo on her neck. He thinks that Kate has fallen in love with him and proposes to her. She gives him a tight slap in return and clarifies. Kamlesh, who was covertly watching them, comes inside the bedroom and starts laughing at Raj for his stupidity.