In tonight's episode, we see that Commissioner Resham Pal wants to accompany Happu on his vacation to Bangkok. Read on for the details! 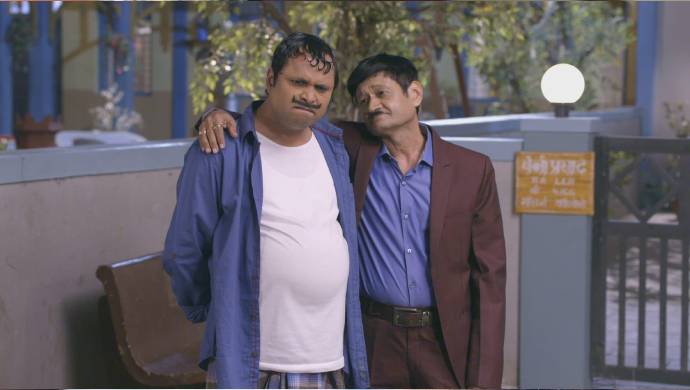 In tonight’s episode of Happu Ki Ultan Paltan, we see Benny informing Happu that their tickets to Bangkok have been delivered. Happu doesn’t react and is tight-lipped as he knows that Commissioner Resham Pal is present in the room. On the other hand, Benny asks Happu to pack his bags for their trip. Happu tries to derail the conversation but to no avail. Benny tells him excitedly that they get a free visa on arrival with this ticket. Benny then asks Happu to cook up some excuse to tell the Commissioner. Resham Pal then reveals himself, much to the horror of Benny and Happu.

After a while, Kat asks Kamlesh to accompany them on their trip to Goa. Kamlesh tells her that he cannot go as Happu hates him. Kat suggests that he can say that he came to Goa by chance. On the other hand, we see Rajesh and Amma having a fight over who ate the laddoos. Rajesh then asks Amma what she actually wants to say. Amma declares that they will be going to Goa and enjoy the beaches. Later, Chamchi agrees that they should learn English from Kat before they go to Goa and talk with foreigners. Hritik finds the idea ridiculous and says that they should go to Shimla instead. Hritik’s other siblings agree to it.

A while later, Happu informs his family that he didn’t get leave to take his family out for a vacation. Amma and Rajesh tell him to not worry about it. Happu then says that the Commissioner rejected his leave application as soon as he saw it. Just then, the Commissioner enters their home and greets everyone. Happu asks him the reason for his visit. The Commissioner says that he is there because he couldn’t sleep.

Later, Resham Pal wants Happu to go to Bangkok. The latter is surprised to hear this. Resham Pal then reveals that he also wants to accompany Happu to Bangkok.

In the upcoming episode, we will see Happu enjoying his vacation with Rajesh. He is seen romancing Rajesh as they both dance while it snows. They dance together in the cold climate.