In tonight’s episode, we see Cheetar turning out to be a fraud. Find out the details inside. 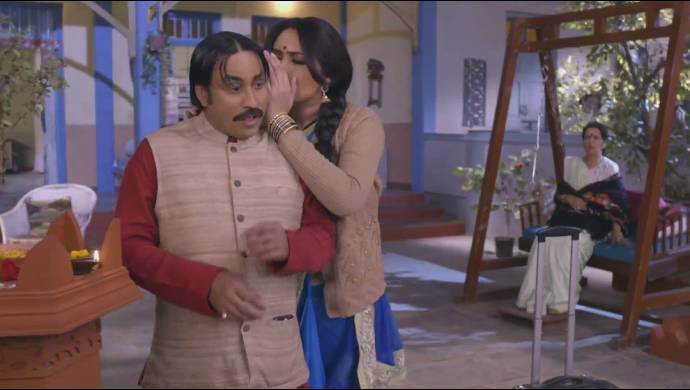 In this episode of Happu Ki Ultan Paltan, we see Happu telling Rajesh that Ammaji wants them to come straight to the point. He then reveals to Ammaji that he sees a chance to be promoted to the post of Commissioner. To this, Ammaji says that he should become one if he can. At the police station, we see the Commissioner asking Happu if he can also get promoted and become IG. Happu then calls up his brother-in-law and asks him how much money will it take to get a person promoted to the post of IG.

Meanwhile, at Happu’s house, we see Rajesh whispering something into Cheetar’s ears. Just then, Happu enters and hands over all his money to Cheetar. After Cheetar leaves, Happu hugs Ammaji and says that she’s going to be called the mother of a Commissioner in a few days. A while later, we see Ammaji telling everyone that she knew that Cheetar was a fraud since day one. She tells them that she saw him suspiciously eyeing her trunk a few days ago. Happu is proud of Ammaji after he comes to know this and hugs her tightly. The Commissioner says that Ammaji should be in the police force as she’s got the skills required, for the job. He then asks her about where they got forged currency notes printed from. Happu and Ammaji go in a state of shock after hearing this.

In the upcoming episode, we see a worried Happu telling  Rajesh that he thinks their son Hritik is bitten by a filmy keeda. He wants his son to get rid of it as he knows that it will take him nowhere. He further says that he doesn’t like the film line and won’t let his son enter the film industry. What will happen next? To find out, keep watching Happu Ki Ultan Paltan now streaming on Zee5.