In tonight's episode, when everyone is fighting for a common holiday destination between Goa, Shimla and Bangkok, Resham Pal cancels Happu's leave! 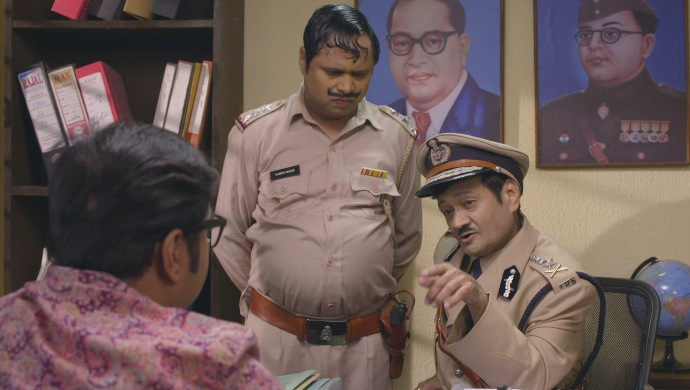 In tonight’s episode of Happu Ki Ultan Paltan, while Happu and police commissioner Resham Pal are having a conversation outside the former’s house, Benny enters to contribute his two cents. He knows that Resham Pal had expressed his wish to go to Bangkok with Happu and tries to talk him out of it. Ramesh Pal tells them to keep their frankness under limits. He announces that he will go to Bangkok before leaving the scene.

At night, Happu and Rajesh discuss their holiday destination in bed. The latter wants to go to Shimla but Happu can’t stop chanting Bangkok. Rajesh dreams about romancing Happu in the snowfall, recreating Rishi Kapoor and Sridevi’s movies, when Happu pops her bubble! Rajesh talks to Katori Amma about her desire to go to Shimla. But she knows that the invisible Pita ji wants Amma to go to Goa. Rajesh convinces him that Amma will look beautiful in a red saree in the white snow and Pita ji agrees!

Meanwhile, Kamlesh meets Kat and Malaika on the streets. He says that he’s accompanying them to Goa but Malaika says that she wants to go to Rohtak, to the police recruitment camp. Kat sits on Kamlesh’s scooter and takes off. Later, Hrithik fights with his sister about going to Shimla instead of Goa. Then, Amma and Rajesh tell them that there’s a change of plans. They are going to the mountains in Shimla rather than the beaches in Goa.

At the police commissioner’s office, Happu is dreaming of being in Bangkok with Benny. Resham Pal enters and says that he has to attend his brother-in-law’s wedding, so he won’t be able to go to Bangkok with them. Benny comes with the flight tickets for Bangkok, but Resham Pal orders that nobody will go if he is not going. He cancels Happu’s leave from duty and threatens him that if he tries to go to Bangkok, he will put him behind bars!

The Casino Teaser Will Take Your Breath Away With It’s Glitz, Glamour And…

In the next episode, Resham Pal comes to Happu’s house and reveals that his brother-in-law’s to-be-bride has run away. So Happu’s leave is granted and he can take his children on a holiday! When the kids start shouting excitedly, Happu immediately shuts them up!

For more fun, watch all the episodes of the &TV show Happu Ki Ultan Paltan streaming on ZEE5!

Shukranu Music Review: Melodious Tracks With Its Vintage Vibes Will Take You Back In Time