In tonight's episode of Happu Ki Ultan Paltan, Happu goes to Amma and tells her that Rajesh is getting attracted to Pappu. 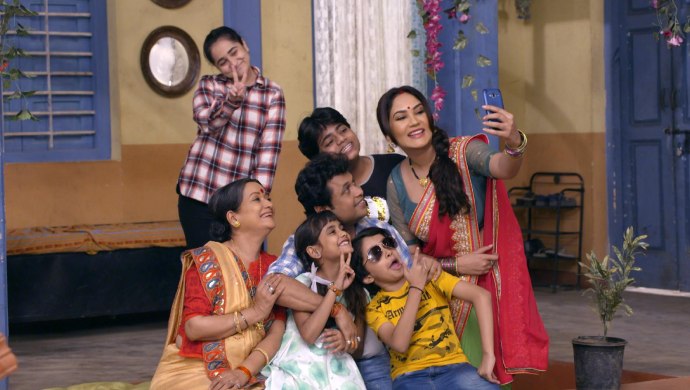 In the previous episode of Happu Ki Ultan Paltan, Amma tells Happu to change his look and introduce himself as his twin brother Pappu. Happu likes this idea and tells Amma he is ready for the plan. Rajesh hears the conversation between them and gets ready to play a prank on Happu. Pappu enters the veranda on a dashing bike. He notices that his belly is still out so he controls his breath to look flat and fit.

In tonight’s episode, Pappu introduces himself to everyone as Happu’s twin brother. Malaika questions him that if Rajesh is his sister-in-law then he must touch her feet and take blessings. Amma says that Pappu does not believe in such traditions.

Happu comes at Benny’s house to wear his uniform and return home as Happu. Rajesh asks him about Pappu and doubts that he is his twin brother because both of them look different. This makes Happu feel insecure. He goes to Amma and tells her that Rajesh has started liking Pappu. Amma says that he should be happy that his wife is attracted to him only. Meanwhile, Rajesh revels Amma and Happu’s plan to the kids.

Next day, the kids compare Happu with Pappu and say that Happu is no match for his looks. Happu gets annoyed after listening so much about Pappu and leaves for the police station.

In the preview of the next episode, Rajesh apologises to Happu for talking about Pappu and comparing Happu with him. Both of them get romantic and go to bed. Just then, Rajesh says that she loves Pappu and this annoys the latter even more.