In tonight's episode, everyone in the house is gripped by movie mania. What's going on? Details inside. 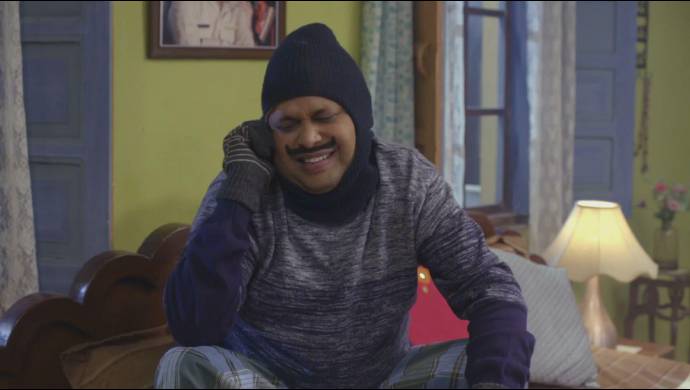 Later, at Happu’s house, as everyone is relaxing in the courtyard, two men walk in. They are are actually Kate and Kamlesh, dressed up in men’s clothes. These ‘men’ introduce themselves as people who work in the movie industry and inform everyone that they are here to cast Hrithik for a role in their film. After a while, they go on to say that everyone in the household can be used for some role in their movie. This leads to everyone being hopeful about being the film. That is when Hrithik walks in and refuses to work in the movie. After being pleaded to by his father repeatedly, Hrithik finally agrees to act.

Later in the evening, Kamlesh and Kate try to meet each other and are stopped by Malaika. However, Hrithik comes to their rescue and drives her away. He further goes on to say that he would like the two to keep their end of the bargain, as there is more to go, or else he will tell Malaika that they dress up as men, to meet each other in the park.

In the upcoming episode, we will see every member of the Happu Singh family acting in the movie. What your thoughts about this? Share with us in the comments section below and catch the latest episodes of Happu Ki Ultan Paltan exclusively on ZEE5.