In tonight's episode, we see Resham Pal ordering Benny to cancel their tickets to Bangkok yet again. Find out the details inside. 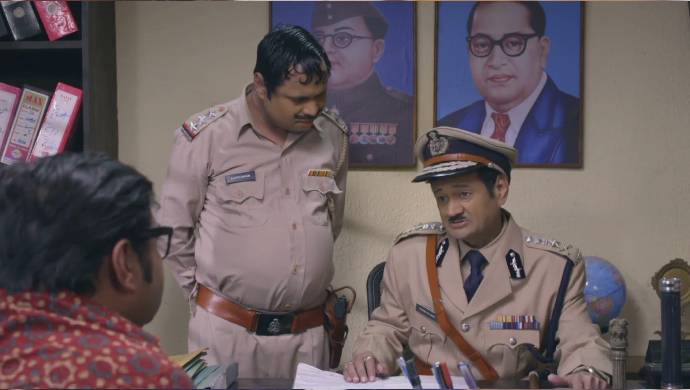 In tonight’s episode of Happu Ki Ultan Paltan, we see Happu informing his family that he won’t be getting leave for the vacation. Happu then reveals that he will have to manage the police station on his own as Resham Pal has to attend a wedding. Just then, Resham Pal enters Happu’s house and announces that he has approved Happu’s leave. Happu’s children squeak in delight and hug the Commissioner.

A while later, Happu is worried about how he would be able to manage his tour to Bangkok. Benny asks him what should be done. Resham Pal orders Benny to book their tickets. After a while, Kamlesh wonders how he would manage to come on the trip with Happu’s family. Kat asks him to sell his kidney and fly to Shimla with them.

Meanwhile, Amma dresses up in a beautiful saree and asks Khodi Lal how is she looking. On the other hand, Khodi Lal wishes to see Amma in a swimming costume. Later, we see Happu’s family fighting with each other over the destination for their vacation. Rajesh announces that they would be following grandfather’s last wish and going to Goa. Malaika and Kat agree to it reluctantly.

At the police station, Benny informs Happu and Resham Pal that he has arranged 3 tickets of Bangkok for them. However, Resham Pal asks Benny to cancel their ticket. Happu and Benny are surprised to hear this.