In tonight's episode, Dimple asks Happu to wash clothes, Rajesh to cook food and Amma to clean the house. 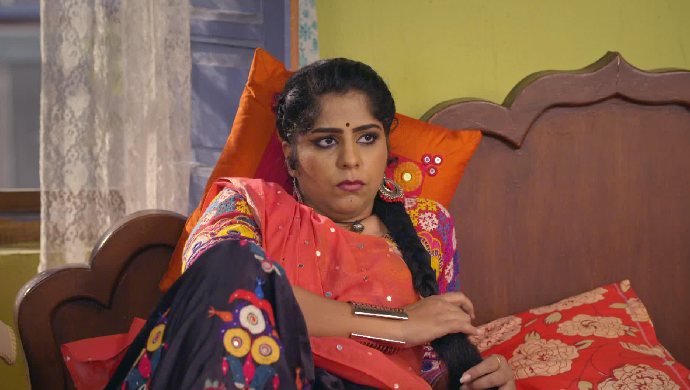 In the previous episode of Happu Ki Ultan Paltan, Dimple sees Kamlesh washing Beni clothes and thinks that Beni has kept a servant. Later that day, Dimple prepares dinner and Hrithik likes the food so much that he starts calling Dimple as his mother. Rajesh searches for Dimple in the house and at last, she comes downstairs yawning. Everyone starts scolding her but she remains silent.

In tonight’s episode, Dimple asks Happu, Amma and Rajesh to come into the bedroom and threatens Happu to stop scolding her or else she will file a case of harassment against him. Hearing this, Amma gets angry and asks Happu to call the police commissioner and arrest Dimple right away. But Happu says that the commissioner has a grudge on him and he doubts if the commissioner will trust him.

Dimple tells them to start doing household chores. She asks Happu to wash clothes, Rajesh to cook food and Amma to clean the house. Kamlesh sees Happu washing clothes and starts teasing him. He calls Beni and the latter gets surprised to see Happu in this situation. Meanwhile, Dimple keeps bossing around the three of them.

At night, Happu comes to Kate and Malaika’s bedroom and sees that Amma, Rajesh and the whole paltan is sitting there. He tells them that he is going to Beni’s house to ask for advice.

In the preview of the next episode, Happu is seen having drinks with Beni. He tells Kamlesh to make fritters for them but Kamlesh refuses to do so. He says that he doesn’t know how to make fritters and even if he knew he wouldn’t make it for Happu.

Main Bhi Ardhangini: This Is How Mohini And Adhiraj's Romantic Scene Was Shot!