In tonight's episode, we see Happu's vacation plans are scraped yet again as he gets hurt after accidentally falling down the stairs. Details inside. 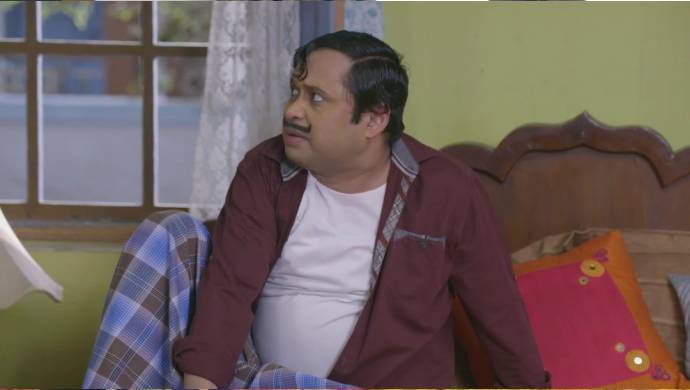 In tonight’s episode of Happu Ki Ultan Paltan, we see Benny getting frustrated as Resham Pal has cancelled their holiday once again. Resham Pal asks him not to worry about it as they will split the loss among themselves. After a while, Resham Pal agrees to give Happu four days off for his vacation. Happu thanks for him for approving the leave. However, Resham Pal tells him that he doesn’t approve of Bangkok.

Happu asks his family to gather in the courtyard to make an announcement. His family members are angry with Happu for not taking them on a vacation and make excuses to leave the scene. Later, we find Benny telling Happu that they won’t be able to enjoy the vacation as he would have to look after Happu’s children. Happu asks Benny to not worry about it and reveals that he has already booked the latter’s ticket. Benny kisses Happu in joy.

Happu and his family prepare to leave for their vacation to Goa. To everyone’s horror, Happu accidentally falls down the stairs and gets hurt. The plan is canceled yet again. Later, Happu struggles to get to his bed as he’s hurt. Rajesh helps him reach his bedroom and shouts at him. She then reveals that she’s lashing out at Happu because she couldn’t get free dhaniya from the vegetable seller. Happu appreciates her for taking a stand and voicing her opinions like a strong woman.

In the next episode, we will see Amma asking Happu to tell Rajesh to not call her mother over for Holi. Happu says that he will try. Amma threatens Happu that if he isn’t successful in his attempt to convince Rajesh, she will call her brother over as well.