In tonight's episode, Rajesh tells Pappu that she is bored of Happu Singh and wants to spend the rest of her life with him. 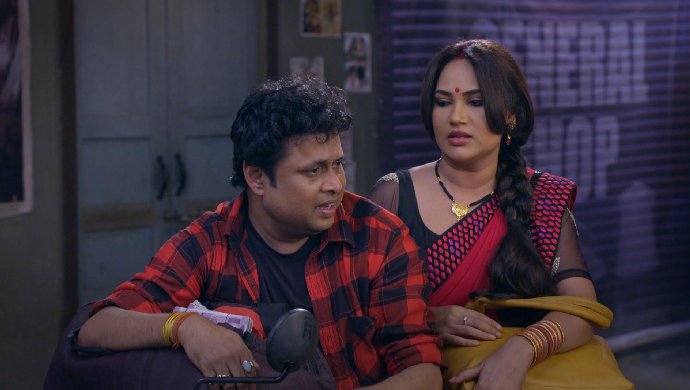 In the previous episode of Happu Ki Ultan Paltan, Rajesh screams and hugs Pappu saying she saw a lizard. Just then, Amma comes there and sees Rajesh in Pappu’s arms. She scolds Pappu for getting close to Rajesh as she forgot that Pappu and Happu are one. Kamlesh dons a macho look by using a fake beard and moustache. Sadly, Kate rejects his looks and breaks his heart. In the evening, Happu is sad because Rajesh likes Pappu.

In tonight’s episode, Happu tells Amma that their plan of introducing his twin brother has failed. And because of that, Rajesh has started flirting with Pappu. Amma says that they need to take a test of Rajesh and see if she really likes Pappu or is she just doing it to make Happu jealous.

Later, Pappu comes home and asks the kids about Rajesh. The kids welcome him and request him to run away with Rajesh as she is bored with Happu. Pappu goes to meet Rajesh and the latter starts flirting with him again. She says that she is ready to run away with him and leave Happu behind. Happu somehow manages to run away from the kitchen and goes to Beni’s house.

Sikandar Kher Plays A CBI Officer In The Chargesheet: Innocent Or Guilty –…

Amma assures that Rajesh will never agree to run away with Pappu. Later, Pappu comes to pick up and Rajesh and gets shocked to see that the kids also want to come with him as they are bored with Happu Singh. When Rajesh sits on the bike, Happu reveals his true identity. Rajesh then says that she knew about his plan which is why she decided to teach him a lesson.

In the preview of the next episode, Happu tries to explain Amma that the weather condition in Kanpur is not good so he tells her to ask Atbir mama to postpone his visit.

5 Facts About Love, Sleep, Repeat Star Anshuman Malhotra You Ought To Know