In tonight's episode, Beni teases Happu for being a corrupt police officer which annoys him and both the best friends start arguing with each other. 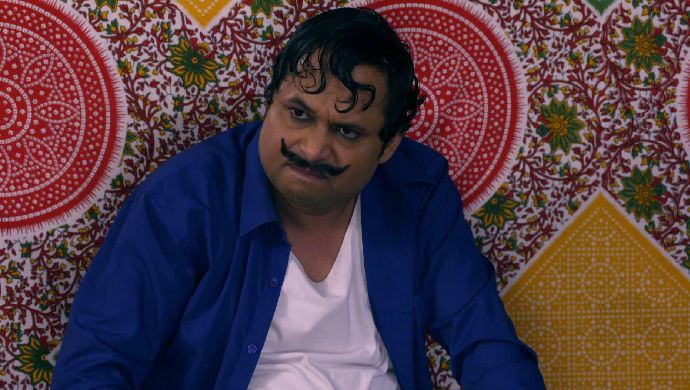 In the previous episode of Happu Ki Ultan Paltan, Rajesh wakes up and sees that Happu has not returned yet. She then calls him and finds out that he was lying about being stuck in traffic because she can see him in the veranda of Beni’s house. Next day, Khodilal and Amma advice Rajesh to become Happu’s friend so that she will be able to understand him better. At night after returning home, Rajesh comes to Happu and tells him that she wants to become his friend.

In tonight’s episode, Rajesh comes to Happu and tells him that she wants to become his friend. The latter tells her it is not possible because she is his wife and to do friendship she must have drinks with him and Beni and also play gambling games with them. Rajesh immediately agrees to it.

Later at night, Happu takes Rajesh with him to Beni’s place to have drinks. He tells Beni that, Rajesh has now become his best friend and now onwards she will company them while having drinks. Hearing this, Beni gets shocked. After the drinks, Beni teases Happu for being a corrupt police officer which annoys Happu and both the best friends start arguing with each other. Rajesh interrupts and takes Happu back home.

Next morning, Rajesh talks to Happu frankly in front of kids, Amma and Khodilal. Seeing this, Amma gets happy that Rajesh finally succeeded in her task. This makes Happu awkward and he quickly leaves for the police station. Khodilal tells Amma that he has a problem with this behaviour of Rajesh.