In tonight's episode, everyone acts in the movie, but Kamlesh and Kate's act comes to light. Details inside. 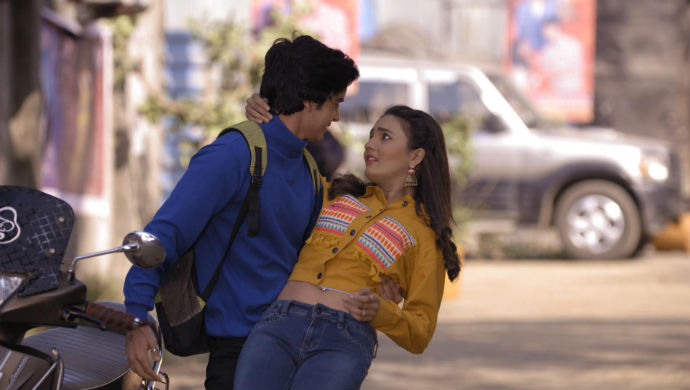 In tonight’s episode of Happu Ki Ultan Paltan, we see Mailaka sitting on her bed thinking about something. Kate walks into the room and asks her about it. Mailaka says that she has certain suspicions about these two characters who have recently entered into their house – the director and assistant director. She goes on to say that no one in her family looks like Raj Kapoor or his family members, and neither do they stay in a metropolitan region. She questions why is it then that the directors have chosen this place and the people in her family, to act in a movie. Hearing this, Kate is shocked and tries to cover up by saying those people must be really good.

Later in the night, the stage is set and the play that the fake directors have set, begins. Happu and his wife play the characters of two old people who are tortured by their son, played by Hrithik and his wife, being essayed by Amma. Chamchi plays the daughter of Hrithik and Amma in the play. Though the narrative is sad, it comprises a lot of energetic dances in it. Finally, when the play comes to an end, Malaika reveals that the directors are Kate and Kamlesh!

Later in the night, Happu confronts Hrithik and makes him understand how wrong his behaviour was. In the next episode, we shall see Hrithik and his elder brother fighting by taking Amma and Rajesh’s aside. Catch all this fun only on Happu Ki Ultan Paltan exclusively on ZEE5.