In tonight’s episode of Happu Ki Ultan Paltan, Happu gets injured on his head and loses his memory. Know more details inside. 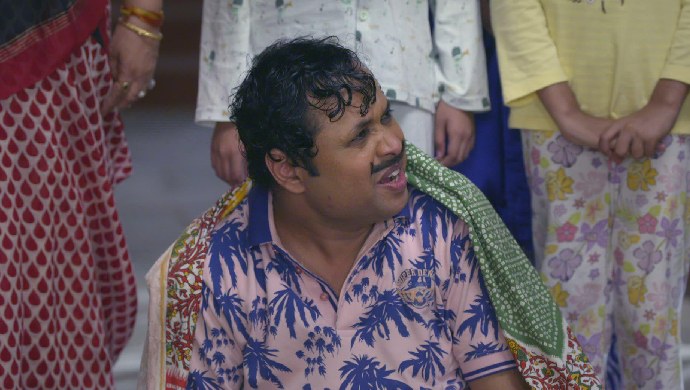 In tonight’s episode of Happu Ki Ultan Paltan, we see Kamlesh and Kate talking to each other, in the middle of the night.  Kamlesh tells her that he is listening to romantic songs and extends a thank you to Kate, for saving him from Happu’s beating. Kate tells him that she is glad that he will be safe from now onwards, but she also asks him, to not sing anymore. This hurts Kamlesh, but after sharing more sweet nothings with Kate, he agrees.

Downstairs, Happu’s mother is talking to his deceased father’s spirit. As both of them discuss the latter’s  fidelity, they hear Happu screaming and soon see him running towards them. He comes and hides behind his mother. She pushes him out and tells him to handle the situation himself. Thus begins the chase of Rajesh and Happu, where he runs away from her and tries to hide in every child’s room. Finally, the husband and wife reach the top of the staircase and Happu slips on the first stair, and comes rolling down.

Happu ends up unconscious at the end of the staircase, with every single family member surrounding, worried sick. When the doctor arrives, Happu gains consciousness and starts behaving weirdly with everyone. He refers to Rajesh as Champa and insults her for having nine kids. This soon becomes a reason for concern for the entire family as they wait for his memory to come back.

In the upcoming episode, we see Happu trying to flirt with Rajesh, thinking that she is Champa. What happens next? Share your thoughts in the comments section below and catch the latest episodes of Happu Ki Ultan Paltan exclusively on ZEE5.