Amma tries to explain the accident scene to the commissioner by telling him the real story as an example. 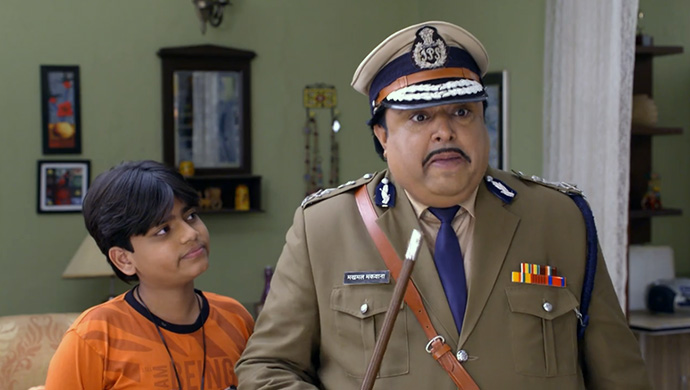 In tonight’s episode of Happu Ki Ultan Paltan, the commissioner comes to the police station with his injured leg. Upon asking the reason, he says that a reckless driver hit him and drove off. He asks Happu to find out the driver or else he will make him a havaldar and Manohar will become the new daroga. At night, Amma and Rajesh tell Happu that they accidentally hit a pedestrian on the road. Hearing the details of the car, Happu is sure that Rajesh is the one who hit the commissioner.

In the preview of the next episode, the commissioner comes to Happu’s house to know the status of his accident from Happu Singh. Amma tries to explain the scenario by telling him that two ladies might be talking to each other while driving and he must have come in between, that is how he got injured.