In tonight's episode, we see Amma declaring that they will not be celebrating Holi. What makes her take this drastic decision? Find out inside! 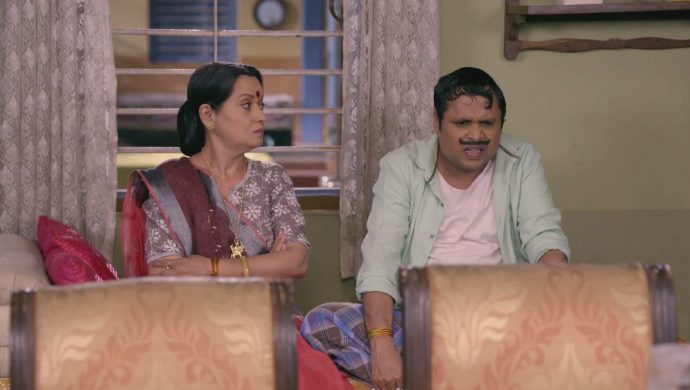 In tonight’s episode of Happu Ki Ultan Paltan, we see Happu’s children asking Happu to buy them colors and pichkaris for Holi. The latter asks them to make a list of things they need from him. Hritik tells Happu to not worry about it and asks for 10,000 rupees instead.

A while later, Amma is unhappy with Rajesh’s mother coming to Happu’s house. She asks Happu to make Rajesh understand that she doesn’t want Rajesh’s mother to step foot in their house during Holi. Later, Rajesh bashes Happu for plotting against her with his mother. She asks Happu what they were talking about. Happu reveals that his uncle is going to visit them during Holi.

After a while, Rajesh and Amma have a fight at the dinner table. Rajesh tells Amma that she has a family of thieves while Amma says that Rajesh’s family consists of thugs and dacoits. Amma is humiliated and asks Happu to intervene. As Happu cannot help her, she declares that she won’t be letting anyone come to their house and that they will not be celebrating Holi. Happu’s family goes into a state of shock after hearing this.

A while later, Kamlesh frantically asks Kat to play Holi with him. As Kat refuses to do so, Malaika drives Kamlesh away. The latter reluctantly goes away. Later, Rajesh brings a glass of milk for her children. She gives the milk to Malaika, Chamchi, and Hritik and is left with one glass. She wonders who the missing child is that she has not given the glass of milk to.

In the next episode, we see Kamlesh coming to Happu’s house and greeting everyone. Kamlesh asks Malaika if Kat is ready. Malaika tells him to wait. Happu then notices that Kamlesh’s hand is colored in the same colour that has been used on Ranbir’s face. Happu wonders if Kamlesh has coloured Ranbir’s face.