Happu Singh is confused about how he can manage to convince Amma and Rajesh without hurting anyone's feelings. Watch video. 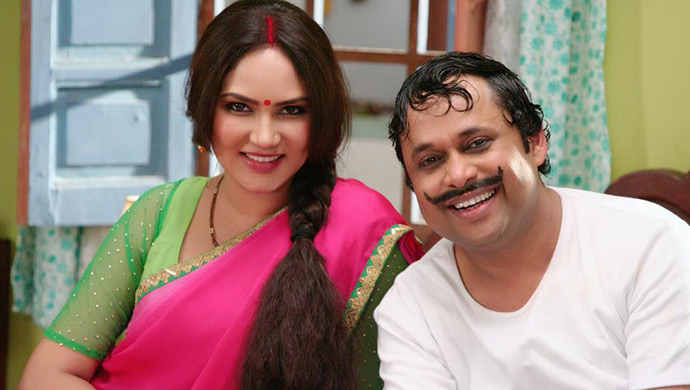 In the current plot of Happu Ki Ultan Paltan, we saw Happu takes a holiday saying he has broken his leg through an accident but in reality, he has taken the leave to take part in a dance competition with Rajesh and Amma. After knowing about Happu’s broken leg, the commissioner decides to come and see Happu Singh.

Happu and the whole family tries to keep the secret hidden from the commissioner by asking Happu to wear a fake plaster. A day before all this happens, Kamlesh comes to meet Kate and gifts her an expensive mobile but she keeps it in the plaster. When the commissioner comes to see Happu the mobile from the plaster starts ringing and everybody panics. Later, Malika tells the commissioner about Happu’s lie and the truth comes out.

Happu then gets disappointed as he feels that he has lost the job and just then Happu and the family comes to know that the news of the dance competition has been cancelled. Everybody feels sad but then the commissioner forgives Happu saying whatever he did was to keep his family happy and according to him there is nothing wrong in it.

Next day, Happu returns from the office and sees that Amma is angry with him. He then asks about what has happened and then she asks him that if she is in a boat where there are three people who are travelling and he has to save one then whom will he save? Happu out of emotions says that she is the most important person for her and he will save her. Hrithik overhears this and tells it to Rajesh.

Now Rajesh gets angry that Happu will save his mother and not her. Next day, all his 9 children come and ask the same question to Happu Singh that whom will he save Amma or Rajesh? Happu Singh then gets irritated over this question being asked again and again.

In the preview of today’s episode, we see a robber comes to Happu’s house and asks everyone to give him all the cash and jewellery at home. Happu did not react to it thinking it was his friend Beni but then he sees that he does not look like his friend at all and comes to know that he is a Robber for real.

What did Happu plan to convince both Amma and Rajesh? Keep watching to know more.

Meanwhile, you can watch the blockbuster movie URI the surgical strike exclusively on ZEE5.