When Happu's wife Rajjo decided to play a farce and acted as a Goddess, everyone worshipped her. Here are a few other superstitions people believe in! 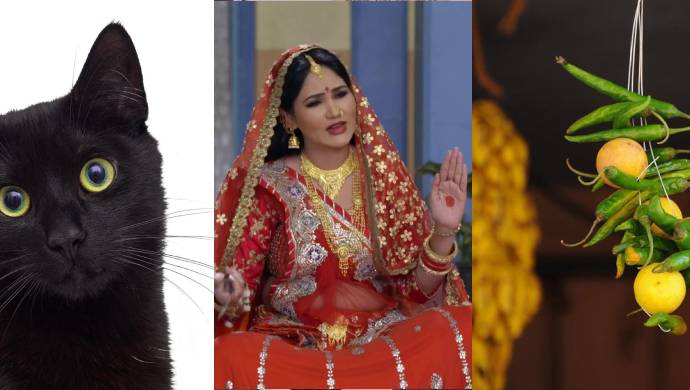 In the recent episodes of the &TV show Happu Ki Ultan Paltan, we saw how Rajesh started feeling uncared for and unloved and this led to a major rebellion on her part! Rajjo decided to act like a Goddess. She called herself ‘Chimti Maiyya’ and performed some miracles like curing Resham Pal’s severe backache. Rajjo’s stint made us realise that even though India has become technologically, academically, and financially forward, there are still some age-old superstitions that people believe in. Does your mother ask you to eat curd before stepping out for an exam or an interview? Then this is the perfect read for you!

But first, watch the episode in which Rajjo appeared as Chimti Maiyya.

Though Rajjo performed this act of deception because she was under immense pressure and wanted to teach Amma and Happu a lesson, there are many fake people who try to take advantage of the trust of innocent ones and use it for their own ends. Here is a list of other widely followed superstitions in our country!

1. Lemon and Chillies: The act of decorating the door, the vehicle or other things of ownership with a string of chillies and lemon is supposed to pull the negativity and bad thoughts away! Whenever things in a family start crumbling, people attach this string that is said to tackle the negative vibes!

2. Menstruating Women: Earlier women were not allowed in the kitchen while they were menstruating. While many say this is an act of compassion as this method allows women the much-needed rest, but this is not followed widely in the country now. However, women are still not allowed to visit temples if they are on their period.

3. Sneezing Before Leaving the House: This is the most absurd superstition! If someone is leaving the house and suddenly sneeze before stepping out, it means something bad is about to befall them! Weird, isn’t it?

4. Black Cat: The black cats have always been symbolised as the devil’s friends. The black cat is ominous and should not be kept as a pet. Also, if a black cat crosses your path, you are supposed to turn around and return to where you came from! Bizarre!

5. Breaking Glass: Broken glass is said to be a bad omen as the glass attracts and captures negative energies. So if a glass breaks, you are supposed to clean up and replace it immediately. Also, make sure that the shards are not in your vicinity!

What do you think of these strange superstitions? If you believe some of them, tells us why in the comment below!

Stream supernatural thrillers and series only on ZEE5!

5 Things Your Child Can Learn From Robin Hood, The Best-Known Folk Hero On ZEE5 Kids