Happu Singh sees Rajesh talking about drinking Amma's blood. Will he be able to save his family from Rajesh? 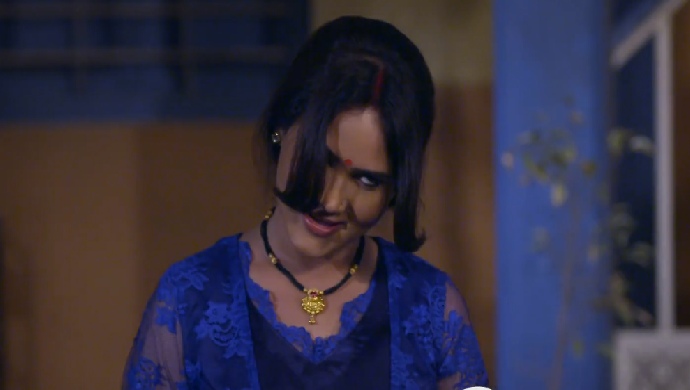 The popular sitcom Happu Ki Ultan Paltan not only makes the audience laugh but also makes them relate with the characters and their situations. Despite being a spin-off of the adult comedy show Bhabi Ji Ghar Par Hain, this show features a different concept that can be enjoyed along with the family.

In the recent episode, we saw that Rajesh (Kamna Pathak) was feeling unwell and visits the doctor Chanchal Udas. He tells her that she is having a haemoglobin (blood) deficiency and needs to have pomegranate juice. Later that day, Beni requests Rajesh to portray the role of a witch in his play. Rajesh agrees to it but asks Beni to keep it as a secret.

But who could who have imagined that this decision of Rajesh will create a big problem in the house? Guessing what is it?

In the promo of the upcoming episode, Happu sees Rajesh talking about killing Amma and drinking her blood. Hearing this, Happu gets shocked and immediately tells this to Amma. The other day, while Rajesh and Beni are rehearsing for their play, Amma sees Rajesh bitting Beni’s neck and panics. Unaware of this situation, Rajesh continues to do her in rehearsal in the house leaving everyone scared.

What will happen when Happu and Amma come to know about the truth? Let us know your thoughts in the comments with the hashtag #HappuKiUltanPaltan.

EXCLUSIVE! Sonam Nair: Working On Kaafir Was Like A Hardworking Holiday