Happy 129 B’day Dr Ambedkar: A Thank You Note To The Man Who Dreamt Of Equal & Just India

14 April is celebrated as Ambedkar Jayanti. On this day, in 1891, mother India had birthed a boy who later became Father of the Indian Constitution! 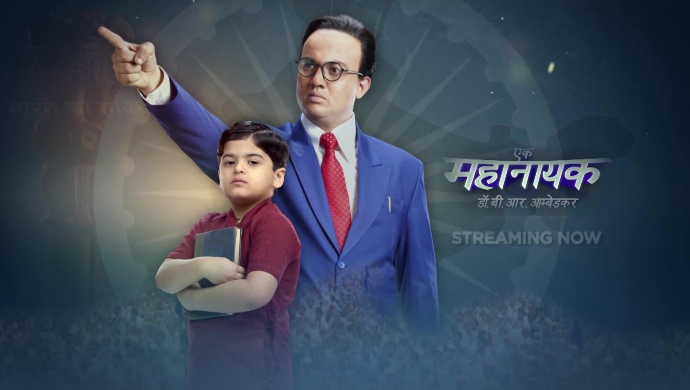 The incredible life and times of the reformer who gave Independent India her first original law is recorded on &TV’s biographical docudrama series Ek Mahanayk – Dr B. R. Ambedkar. Born to an extremely poor family of the Mahar (Dalit/untouchable) caste, he faced cruel discrimination in the basic necessities of life like water, food and shelter. But most importantly he was determined about acquiring education, as that would bring a change in the world. He dedicated his life to studying law and political science that later helped him shape the Indian Constitution.  On 14 April 2020, we commemorate 129 years of his ongoing legacy. It is also the 30th year of him being awarded the Bharat Ratna, India’s highest civilian award, posthumously!

Sarvaat pahila, majhya antaha karnaatun tumhala saprem namaskar! Though I have never seen or met you, I and every Indian citizen owes a part of their freedom, rights and duties to you. Suppressed under the British rule, when mother India could not dream for herself, you took the responsibility of dreaming big on her behalf. But before expressing gratitude, I want to apologize to you. I regret that you were forced to fall prey to the caste system and discrimination on the basis of it.

I am sorry for no one can give your childhood and growing years back. But, I am eternally grateful for your noble deeds to not let any child go through the same. You became the person to us that you never had! When I walk past Elphinston College, where you studied, there’s a sense of pride that I could graduate from the University of Mumbai (Bombay) because you fought for girl’s and women’s education. Today, the Scheduled Castes (SC), Scheduled Tribes (ST) and Other Backward Classes (OBC) have a better life because of you!

India is proudly the world’s largest democracy only because you served as the nation’s first Law Minister. We wouldn’t enjoy our fundamental rights if you wouldn’t have chaired the Constitution Drafting Committee. From establishing the Finance Commission of India to laying the foundation of Reserve Bank of India (RBI), you have been a pillar of strength! Being a victim, you protested against child marriage and mistreatment of women. I know how it feels to lose your mother at a young age!

Having said thanks, you also need to know that all is not well in India. She is still struggling with equality and justice; the two concerns you believe in the most. Just as you were held by the barrister, there are over 3 crores pending cases in the Indian Judiciary. Despite your wish of economic improvement, India ranks 112th on the overall Global Gender Gap Index in terms of pay parity, on the World Economic Forum’s 2020 Report! You would grieve to know that honour killing due to caste and religion are yet prevalent.

I know it’s not the best gift ever, but rest assured that our country is progressing. Inspired by your words in Annihilation of Caste, untouchability has been abolished in India, Nepal and Pakistan under Article 17. To make your dreams come true one day, I promise to “educate, agitate and organise”, just as your message! As you look from above, we need your blessings, especially when the catastrophe of Coronavirus pandemic has hit India. Krupya amchya sathi prarthna kara!

10 Short Films Like Toothbrush, D.A.T.E, Fatafat That Are Perfect To Watch…

It Happened In Calcutta Music Review: Songs For All The Lovers Who Broke Up But…

To know more about Ambedkar’s noble ideologies and reforms, watch all the episodes of the &TV serial Ek Mahanayak – Dr B. R. Ambedkar, streaming now on ZEE5!

Drama For Your Mama: Our Pick Of Best Women-Centric Stories To Watch With Your Family

Season's Greetings: 6 Reasons Why You Shouldn't Miss This Tribute To Rituparno Ghosh!