Since 2017, Mohit Malhotra has starred in 3 consecutive &TV serials and in Jamai Raja on Zee TV. He even made his Bollywood debut with Hacked in 2020! 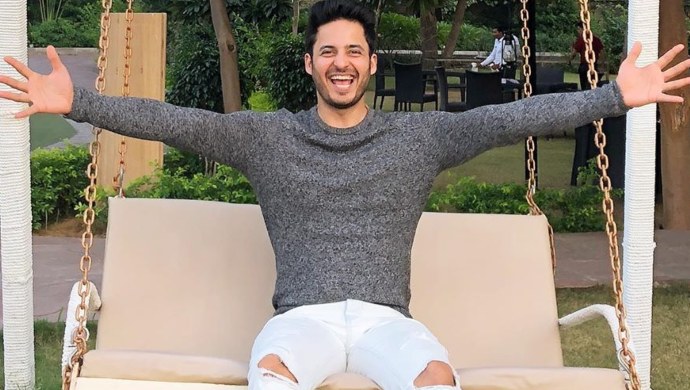 Happy birthday to the handsome hunk who has painstakingly paved his way from television to Bollywood in the 11 years of his acting career! Mohit Malhotra appeared on the small screen for the first time in 2009 as a contestant on a reality show. Since then he has played various characters in over 15 television daily-soaps and contest shows till 2019 on &TV and Zee TV. Apart from acting, he has an amazing fashion sense as well as a happy-go-lucky attitude. In February 2020, Mohit made his Bollywood debut opposite Hina Khan in a Vikram Bhatt directorial psychological thriller film. On 4 April, his birthday, let us look at his journey so far!

Mohit Malhotra played Abhishek Awasthi aka Abhi in the light-hearted romantic drama series Chupke Chupke. Its story revolves around Abhi and Meera, two career-oriented individuals who want to avoid marriage by only focusing on their professional lives. They end up being together on their own terms and conditions and calling it a convenience wedding. He stars opposite Prithvi Hatte and shares remarkable on-screen chemistry with her. In 2017, Chupke Chupke was the first &TV show to cast Mohit for the lead role!

Jumping from romance to horror, Mohit was then seen as Akarsh Chaudhary in the supernatural drama series Daayan. It also starred Tina Datta and Adaa Khan. The story revolves around a happy couple, Akarsh and Jhanvi, whose lives take an unexpected turn when a daayan (witch) enters their house. Acting in a similar serial, Mohit essayed Shivam in the suspense thriller Laal Ishq, an anthology of passionate love stories with a paranormal twist set in different backdrops.

His entry into Zee TV was in Jamai Raja as Yash Mehra, alongside Ravi Dubey and Nia Sharma as the lead couple Sid-Roshni. He played the third person in the love triangle and ended up bringing a drastic twist to the show. He had got back to television after a 6-month hiatus. Following that, Mohit took a leap into Bollywood as Rohan Mehra in the cybercrime thriller film Hacked which released on 7 February 2020. Wishing him heartiest congratulations, ZEE5 hopes to see him grow even bigger in the future!

Kamna Pathak On Happu Ki Ultan Paltan Turning One: Never Imagined Myself In This…

You can get all the live updates on Coronavirus on ZEE5 News section streaming now.

Find The Best Of Live Music, Food, And Fitness With 'Live To Home' Streaming Only On ZEE5