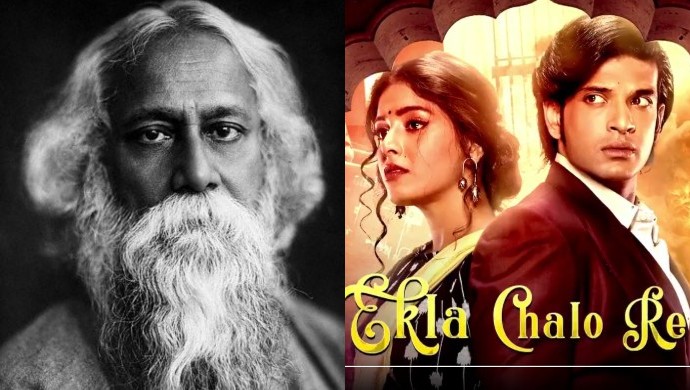 On May 7, 1861, one of the greatest polymaths, poets, musicians, artists and Ayurveda researchers in the history of the humankind, was born in India. Widely known as Rabindra Sangeet in West Bengal, Tagore’s most famous poem is featured in the ZEE5 Original series, It Happened In Calcutta. Ram Kamal Mukherjee’s short film, Season’s Greetings had its digital premiere on India’s largest OTT platform and features Tagore’s Bengali music. The legend even inspired Bhimrao Ambedkar, which is evident in &TV’s popular biographical daily-soap, Ek Mahanayak – Dr B. R. Ambedkar. The year 2020 marks 159 years of Tagore’s birth and legacy.

Watch the music video of Ekla Chalo Re here:

Born as Robindronath Thakur, he is also known as by his sobriquets Gurudev, Kabiguru (teacher of poetry) and Biswakabi (poet of the world). In the late 19th century and early 20th century, Tagore reshaped Bengali music and literature, as well as Indian art with the theory of Contextual Modernism. Author of the “profoundly sensitive, fresh and beautiful verse” of Gitanjali, in 1913, he became the first non-European to win the Nobel Prize in Literature. His works are viewed as “spiritual and mercurial songs, elegant prose and magical poetry.”

Translating as “If no one responds to your call, then go your own way alone”, Tagore’s composition Ekla Chalo Re is presented as a spellbinding rendition in It Happened In Calcutta‘s soundtrack album. In a scene from the said ZEE5 Original series, Kusum Ganguly (Naghma Rizwan) is asked to sing a song at Ronobir Chatterjee’s (Karan Kundrra) party. She croons the ballad Ami Chini Go Chini Tomare, written and composed by Tagore. A version of Ekla Chalo Re: Open Thy Mind, Walk Alone is sung in the prequel of Kahaani 2.

Starring Celina Jailty and Lillete Dubey, Season’s Greetings: A Tribute To Rituparno Ghosh is a short film directed by Ram Kamal Mukherjee. In a sense of the term, it can also be deemed as a tribute to Rabindranath Tagore, featuring the song Sajani Sajani Radhika Lo in the background score while Suchitra’s dances in her balcony. In its lyrics, the Bengali word bhalobasha, meaning ‘love’, is used beautifully in resonance with the LGBTQIA+ community’s slogan of “Love is Love.” Amid its tune, enters Suchitra’s partner, in the final scene.

The most popular serial on &TV is a biographical docudrama, Ek Mahanayak – Dr B. R. Ambedkar. Rabindranath Tagore and Babasaheb Ambedkar were great influences to each other. Both of them carried the vision of justice and equality in India. Tagore played a significant role in Ambedkar’s movement to abolish untouchability. He was the key to resolving a Gandhi-Ambedkar dispute involving separate electorates for untouchables.

Show some love and share with us how Rabindranath Tagore has inspired you. Don’t forget to catch your favourite ZEE5 Original series.

Jennifer Winget Hit 9M Mark On IG, Here's Why She Was Perfect As Major Monica In Code M