Happy B’day Shubhangi Atre Poorey: A Tribute To The All-Rounder Woman And Mother!

Actor, mother, dancer, cook: Angoori bhabi aka Shubhangi Atre, who celebrates her birthday on 11 April, wears more hats than one! Read more about her! 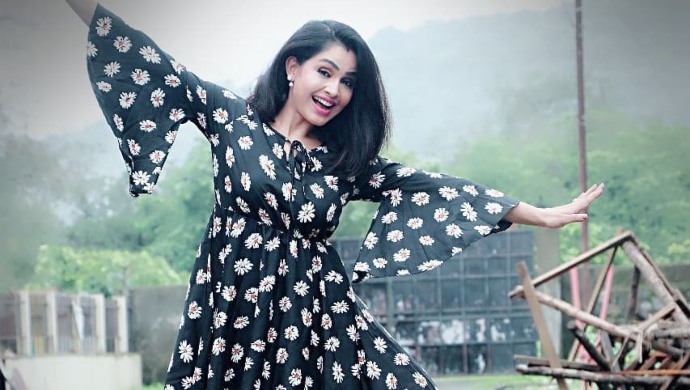 Shubhangi Atre Poorey lives life queen-size! The talented actress portrays Angoori bhabi on &TV’s most popular comedy daily-soap Bhabi Ji Ghar Par Hain! Never failing to tickle our funny bones, she provides her audience with laughter therapy. Well, in real life, she plays many roles and wears hats more than one! She is a woman, a daughter, a wife, a mother, a singer, a dancer, a cook, and what not! On 11 April 2020, as she completes 39 years of her life and 14 years of her career, let’s pay an ode to the multifaceted woman she is!

But first, watch the latest episode of the show here:

The day you were born was the greatest moment of my life. I am so grateful that I have a daughter as honest, beautiful, and intelligent as you. Happy birthday to my baby girl! #ashimylove💞💞

Shubhangi Atre Poorey began her acting career in 2006, after getting married to Piyush Poorey and giving birth to a daughter who she loving calls Ashi. She manages her work and her responsibilities towards family with equal aplomb. She takes her daughter on bike rides and plays games with her. With her husband, she makes hilarious Instagram and Tiktok videos. She enjoys her motherhood to the fullest!

Shubhangi has bagged the award for Best Actress in a Comic Role in several award ceremonies like Indian Telly Awards and ITA Awards (Indian Television Academy). She has even won the Dadasaheb Phalke Award for her role as Angoori bhabi. In the above picture, she is holding the Top 50 Indian Icons Award (2020)!

Along with being an actor, Shubhangi is also a dancer. Seeing her performance videos, it seems like she has an inclination towards classical dance forms like Kathak. In this beautiful video, she is seen dancing gracefully to the tune of Laal Ishq, a love song from the movie Bajirao Mastani. Her love for dance is also evident through the scenes in her serial!

In her Instagram videos, she has made it clear that she loves cooking and cleaning! Shubhangi enjoys trying new recipes and making various dishes for her family and friends. In the picture, she presented a south Indian dish, Appam, served along with peanut chutney (sauce). During the Coronavirus 21-day #Lockdown, she spent most of her time cooking new delicacies for her loved ones!

To watch more of Shubhangi Atre Poorey’s acting talent, tune into all the episodes of Bhabi Ji Ghar Par Hain!, streaming on ZEE5!

Anveshi Jain On Art Of Seduction, Gandii Baat And Her Audacious Role In…

Bablu Dablu: What Makes These Bear Brothers So Lovable?