Happy Birthday Nawazuddin Siddiqui: Thank You For Changing The Face And Shape Of Bollywood

Right from Faisal Khan in Anurag Kashyap’s Gangs of Wasseypur series to Ganesh Gaitonde of Sacred Games – Nawazuddin is the bhagwan of all roles! 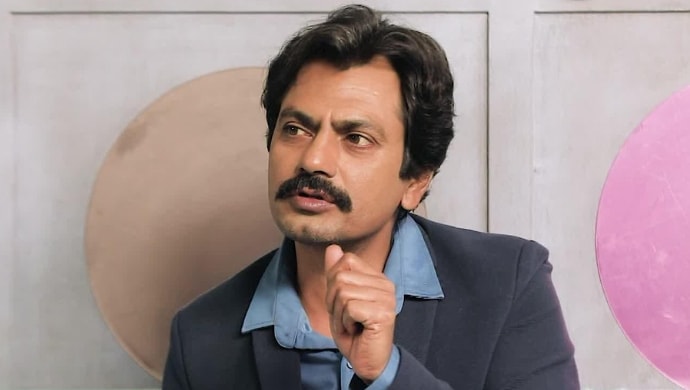 Nawazuddin Siddiqui has proved his prowess as a performer. His finesse remains peerless and at par and the vast range of emotions having made cine-kings pull up their socks. However, this article is not about the superlatives that precede Bollywood’s dark horse-turned-superstar in a room. Isn’t his struggle story as widely popular as Ranbir Kapoor and Alia Bhatt’s new-found love? Or that Arjun Kapoor and Malaika Arora are a thing? We all know it. We see it. We hear it. Thank you, next.

What Nawazuddin has done is far greater and unimaginable – getting the country to leave behind their obsession with handsome heroes for average looks and perhaps, better skills too. From a chief chemist to a watchman to a struggling actor to a sought-after star – he has done and dusted it all. From playing a terrorist/informer in Sarfarosh to a pickpocketer in Munna Bhai M.B.B.S., the struggle has been real and hard. But searing appearances ranging from a few seconds to minutes and the conviction of making it big led him to bag a standing ovation at one of the worlds’ most prestigious film festivals held in Cannes.

In all these years, Nawazuddin has brought to life some of the greatest roles ever written in the history of Indian cinema. Right from Anurag Kashyap’s Faisal Khan in Gangs of Wasseypur series to Ramanna of Raman Raghav 2.0 and recent one being Ganesh Gaitonde of Sacred Games – this man has become the bhagwan (God) of all roles! Villains are tough to play – for it’s difficult to make an audience hate you in the reel skin but love you for the real actor. Our birthday boy here has attained exactly that balance where you tend to overlook the hero if you have Nawaz as the baddie. Even in the most dud vehicles like Genius and Babumoshai Bandookbaaz, Nawazuddin has single-handedly driven crowds to cheer and whistle for him in theatres.

In the past five years, if we have learned anything about Bollywood, it is that jab tak Nawazuddin continues to act, apun idharich hai. Kyunki apun ko lagta hai wohi filmon ka bhagwan hai!

The never dying perseverance even in the face of spirit-breaking reality is a story for generations to be told. This is the man who never gave up, survived on Parle G and tea only to become a sensation in his golden years of life. This phase is just the beginning of a glorious inning, we hope to see more of you, Nawazuddin Siddiqui. The world needs more of you.

He will be soon seen in the biggest direct-to-digital blockbuster Original Film premiering 0n 22 May 2020 on ZEE5. Directed by Pushpendra Nath Misra, the film is an aspiring writer’s 101 retreat into the life of the protagonist, Ghoomketu, played by Nawazuddin Siddiqui.

Celebrate Nawazuddin Siddiqui’s birthday by catching up with his hit films like Badlapur and Mom on ZEE5!

Exclusive! Saadhika Syal In REJCTX 2: Fans Will See A Bolder And Badass Side To Sehmat Ali