Happy Birthday Onir: Celebrating The Role Of ‘My Brother Nikhil’ In LGBTQ Representation

On Onir's Birthday we look back to see how 'My Brother Nikhil' opened doors for representation of the LGBT community by mainstream actors in films. 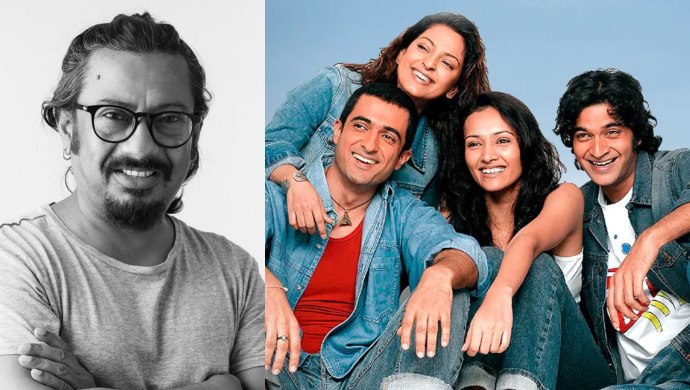 Onir is one of the few openly gay directors in Bollywood, and it is an aspect of his life that he doesn’t shy away from, depicting realistically and honestly even in his work. As the director of My Brother… Nikhil, he started what would be a slow but steady change of how queer characters were shown in Hindi cinema. Ayushman Khurrrana would not have been romancing another man Bollywood-style in Shubh Mangal Zyada Saavdhan in 2020, if Onir had not created a space for such characters in 2005.

The film My Brother… Nikhil not just sheds light on homosexual relationships but also how badly AIDS affected the gay community. Sanjay Suri plays the leading role of a swimmer with AIDS, who gets support from his sister played by Anu (Juhi Chawla) and his partner, Nigel (Puraba Kohli). This film faced a number of roadblocks, and didn’t exactly open to full houses either. However, fifteen years later it has become a cult film and a touchstone for representation of queer characters in Indian Cinema.

Here’s a throwback post from Onir about the film premiere in New York.

#thursdaythrowback 2005 How happy we were … To see the labour of our first production #MyBrotherNikhil receive love across continents … All the struggle of 4 years to try and make this film seemed worth it … My friend producer and actor @sanjaysuri because of whom I could realise my dream to become a filmmaker n me at the New York PREMIERE of our film at #newyorkasianfilmfestival We will always treasure this film as a precious journey … Sometimes I wonder how come it's so difficult to get such trust n unconditional support these days … I suppose some people are exceptional . So this Thursday flashback is dedicated to a true friend 🙂 @sanjaysuri #filmfestivals #bollywood #indiancinema #friendship #workislife #artistlife #filmmaking #indiangay #lifeofafilmmaker #lgbtqistories #indianlgbtqia #lgbtrightsarehumanrights #aidsawareness

The character of Nikhil is said to be based on the real-life of Dominic D’souza. Another film that focused on the real life story of a homosexual man was Aligarh.  This film starred Manoj Bajpayee as Prof. Ramchandra Siras, who was sacked after people found out that he was gay. He ended up to become a staunch advocate for the abrogation of Section 377. These real-life stories helped audiences realise that homosexuality is not some made up concept, but it is real and the people who are discriminated for being homosexuals face real dangers.

The real shift in the narrative came in after Section 377 was removed by the Supreme Court. Films like 377 Ab Normal, Season’s Greetings and Ek Ladki Ko Dekha Toh Aisa Laga, began showing now after the system has made their relationship legal, it’s the responsibility of society to open their minds, and accept the queer community. All these films show a people in their homes, families, and neighbourhoods, having the tough conversation and emerging stronger from it.

Web series like REJCTX, Never Kiss Your Best Friend and Ragini MMS Returns take a different approach to showing queer relationships. Here the gay and lesbian characters are shown as a part of a group of friends with their own different thoughts and problems. Their entire story revolves around them as characters and not just their sexuality.

While we acknowledge the big leaps being made today, it’s also important to remember the ones who took the small steps too.