Harman Singha: I Had To Subdue My Personality For Ratan’s Role In It Happened In Calcutta

Harman Singha tells us his experience of shooting for It Happened In Calcutta and working with established names like Karan Kundrra and Ken Ghosh. 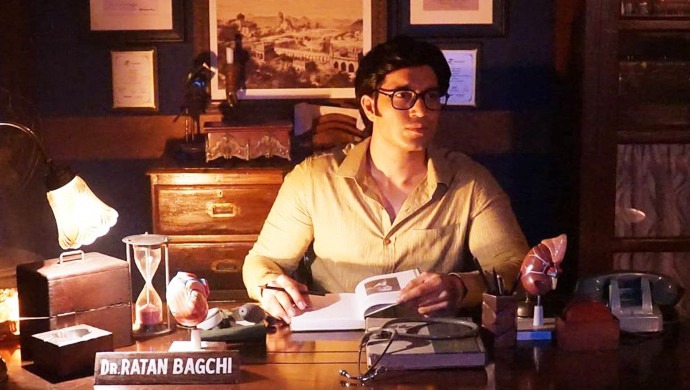 Harman Singha, who was seen as Ratan Bagchi in It Happened In Calcutta, earned himself rave reviews in a show that revolved around the love story of Ronobir and Kusum played by Karan Kundra and Naghma Rizwan. We met him while he was hosting the red carpet for the Zee Cine Awards 2020 and sat down with him for a quick chat about It Happened In Calcutta.

Watch the trailer for the show here.

1. You juggle a lot of roles: TV presenter, actor, and writer. Which do you enjoy the most?

I enjoy writing a lot but right now my interests lie more in acting. I enjoy it the most because acting gives you the different feeling of being on set, being in character, getting into a costume, entering into a completely different era. I love being on set, attending workshops hanging out with other actors. So now I’m writing roles that I can act in so I get to do both that way.

2. Why did you choose to do ‘It Happened in Calcutta‘?

I found the story very interesting but also I knew Karan (Kundrra) was going to be there on the show. When you are working with Balaji, it’s great to work with Karan because he is one of their biggest names. I knew that this will be a big show and they need a big name like Karan for it. I knew Karan before we started working on the show. and I knew if he is there, the show will be marketed well. Karan was one of the big reasons I took up the show.

3. How was it working Karan Kundrra since you knew him personally before the show?

I had a blast shooting with Karan and we were quite professional on set. Being with him made my life a little bit easier because he knew the Balaji crew and I was like the little brother tagging along with him. I think the fact that we share a good bond off-screen only helped the show. The scenes where we are together never suffered because we were friends. I’m the kind of actor who will always be on time, always be prepared, and he is like that too, so we worked well together.

I think a lot of the credit for this goes to the people who visualised the show. From Ekta Kapoor to Chloe, who was in charge of the show, and Ken Ghosh, the director. They had a particular tone in mind and it doesn’t look like a cheesy version of the 60s and 70s. They spent a lot of time deciding on the costumes and production design. We only shot in heritage buildings in Calcutta and Pune and they are really beautiful buildings. The vision was always big for the show and it was executed that way.

5. How did you prepare for the role of Ratan Bagchi?

I am an urban kid, born and brought up in big cities. Ratan Bagchi is very earthy and sincere. He believes in the freedom struggle, he believes in a new India, and is very righteous. He’s not the usual college kid and I had to act like a more mature person. I had to tone down my actual animated personality and become more subdued.

6. Was that one of the reasons you wanted to do the show?

Yes, because if you see the show, Ratan is the only character that is genuinely good. He is always there for Kusum when she falters. He is there with her in her tough moments and he is not selfish. I think it is nice to see a male character without any grey shades for a change. I would have loved a little more exposure to the character but then the love story is the mainstay of the show. I also wanted to do a little more workshop but then it was decided that I would speak mostly Hindi and only a sprinkling of Bengali.

7. Do you feel the topics of Cholera epidemic in the 60’s and the war in 1970? Do you think the love story helped bring focus on those incidents?

I feel the love story overshadowed everything else on the show. I mean there were quite a few good tracks about war, epidemics, disease and even a unique track about abortion. However, I feel none of these we were able to explore fully because that’s Indian drama audiences who will want to see the love story more than anything else. I feel if there is a second season we will see a lot more outside the love story. On the other hand just the fact that someone is showcasing those incidents and issues in the mainstream media is special. I mean, people try to avoid talking about abortions in today’s age, we showed abortions in 1960s, so there are a lot of good points.

8. How have the early reactions you’ve received for the character and the show?

Very mixed bag, I would say. Some are absolutely in love with the show, and some call it a disaster. I’ve read some of the reviews of my character which say my work is the most underrated asset of the show. So I feel happy that I did a good job and to the best of my ability. For me, the process is over once I am done shooting because I cannot control the review. I only keep looking for the next role.

9. How was it working with Ken Ghosh? How much did his experience help you?

Until now I had done two or three web shows with directors of my age like Sonam Nair and Sahir Raza. To work with an experienced hand like Ken Ghosh was a learning experience. On this shoot, I realised what shooting for a big show is like. He demands a certain kind of performance from his actors. If he doesn’t get it or we get it wrong, he motivates us to follow his vision. He was like a friend and I discussed films, music, and work in general with him too.

10. Do you feel there’s scope for another season?

I think the way the show was created and the cliffhanger ending feels like there can be another season of the show. However, the real decision happens behind closed doors, so let’s see what happens.

11. Name 5 reasons why people should definitely watch It Happened In Calcutta

I think first and foremost of Karan and Naghma’s chemistry with is bang on. Secondly for the music, which is really good. Thirdly to look at a different world, because it will really take people back to the 60’s. Then they should also watch out for this guy called Ratan Bagchi who is the ‘underrated asset of the show’ (laughs). Lastly, to see something new in Indian web space. We’ve not seen a period drama about doctors in war and getting illegal abortions.

What did you think about the show and the character of Ratan Bagchi? Let us know in the comments below.

Did You Know That Bani From Kehne Ko Humsafar Hain Is A National Level Swimmer?