Harman Singha discusses his relationship with brother Rannvijay Singha, and how he happened to work with his neighbours, Divya Agarwal and Varun Sood 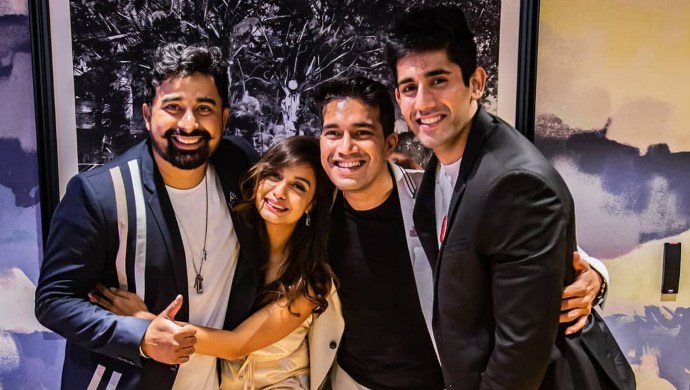 Harman Singha starred in the ZEE5 Original Series It Happened In Calcutta alongside Karan Kundra and Naghman Rizwan. He received rave reviews for his role in the series as Ratan Bagchi. Harman is the brother of Rannvijay Singha who is a cult icon. He revealed that he is close friends with Divya Agarwal and Varun Sood and is part of their street basketball team.

Watch Harman in the trailer for It Happened In Calcutta.

Harman Singha jokes that his brother Rannvijay didn’t help him learn how to act on the show, but he definitely helped negotiate the money. On his equation with his brother, Harman tells us, “We give each other space. I’m more of the person who will tell him he should do something this way. He is more zen and knows what he wants to do. He tells me, do whatever you want, I’ll help you out when you need. The relationship is very balanced. Because we are both from the same generation, we are both trying to figure it out.”

On his close friendship with the Ragini MMS Returns leading pair and real-life couple Varun Sood and Divya Agarwal, “They are my close friends but they are also my neighbours.” He adds that it is pure co-incidence that all three of them ended up in shows on ZEE5. “In fact another close friend of mine, Sahir Raza, directed Hum Tum And Them. He was also the assistant director on It Happened In Calcutta. Varun and Divya, of course, did a great job in Ragini MMS Returns. So it is just a family of people trying to become established directors, actors. It’s always great to have such support because sometimes actors are kind of like an island.”

Watch another ZEE5 Original series Kark Rogue, a series about doctors also set in the city of Kolkata, only on ZEE5.

Exclusive: Javed Jaffrey Aka Bittu From Never Kiss Your Best Friend Is A Hopeless Romantic

The Tech-Horror Film UNLOCK Teaches Us Some Important Life Lessons