Have You Heard Kamna Pathak Aka Rajesh From Happu Ki Ultan Paltan Sing? Check It Out

Kamna Pathak has a hidden talent which isn't just a treat to the eyes, but also to the ears. 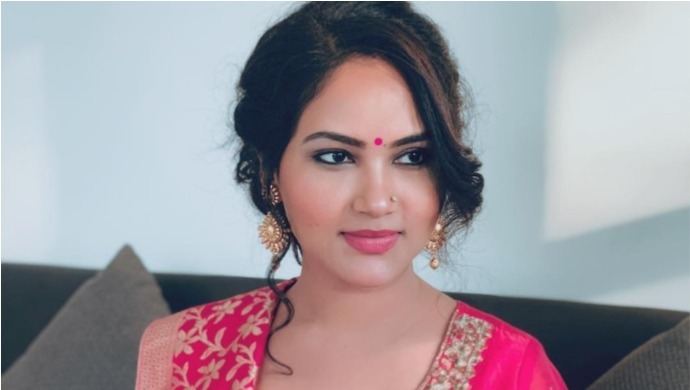 The leading lady of the new popular show Happu Ki Ultan Paltan has received a lot of appreciation from the audience. The actress who plays the role of Rajesh is Kamna Pathak. Kamna is the perfect match for the role of a Policeman’s wife; and did you know it was inspired by Sonakshi Sinha’s role in Dabangg? The actress even shared a funny incident about how her auditions were going on and people thought she was Sonakshi Sinha.

The actress has now successfully created an impression of her own with the character Rajesh in the audience’s heart. Apart from playing the wife of the policemen, she has impressed us with the way she also portrays the role of a daughter-in-law and the mother of 9 notorious children. The actress is highly talented and loves to share her experiences on social media.

Recently, we came across a post by the actress which was a surprise for most of her fans. Wondering what it would be? The actress posted her singing video, and her fans who follow her on social media responded to it quite well. Take a look at her post:

Kamna posted this video on demand as her fans requested her to sing a song especially a folk song, and Kamna did it for them. That’s such a  sweet gesture from the actress as not many actors  respond to fans requests.

What are your thoughts on Kamna’s singing talent? Leave us a comment.

Did you watch the latest web series The Final Call? Watch it on ZEE5 now.

Akhilesh, Manmohan, Happu Or Vibhuti: Who Is Your Favourite On-Screen Husband?