Heartbeat Review: A Short But Deep Film About Love, Loss, And Life After Death, On ZEE5 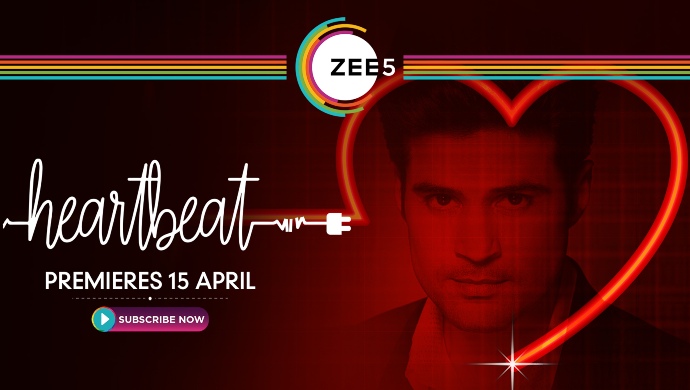 Rajeev Khandelwal, who was last seen in Coldd Lassi and Chicken Masala, starred and co-produced the latest ZEE5 short film, Heartbeat. His co-star in this film is Anurpiya Goenka, who was seen in the web series The Final Call and Abhay. This film is minimalistic and for the most part takes place in a hospital room. Rajeev Khandelwal plays the role of an Air Force pilot who has been in coma for three years and Anurpiya plays the wife of the pilot who refuses to give up hope of her husband’s survival. This film runs on emotion and is sure to evoke strong emotions from you too.

Watch the trailer for Heartbeat here.

Sanvi enters her husband’s hospital room where she is greeted by her husband, Abhimanyu’s, spirit. He keeps trying to tell her that he wants her to flip the switch and end his life. Sanvi is adamant about keeping her husband on life support till he dies. However, even though nothing has changed in the hospital room, it’s getting harder for Sanvi to keep him alive while writing a book about her ordeal inside the room.

Anupriya’s acting as the wife who is faced with the decision of ending her own husband’s life is gut-wrenching. The question of whether his body still holds anything remotely resembling her husband or if it is a cage for his spirit is the real question. Rajeev Khandelwal has not much to do as a lifeless body in a coma, but as the spirit trapped in a almost lifeless body, he is phenomenal.

He has a couple of long monologues in the duration of the 20-minute film. He holds your attention and you find yourself listening to every word and feeling every emotion that he opens up about. The film pays attention to the most minute details like the drawing papers on the hospital room suggest that the couple have a kid which later comes up in the film. Sanvi holds on to Abhimanyu’s belongings, even wearing his wrist watch all the time. The dialogue is the real star of the film where the banter between Sanvi and the spirit has the comfort and honesty of a husband and wife who know each other all too well.

This film by Manu Chobe was shot in January 2018. Here’s a post by Anupriya Goenka behind the scenes from the film.

Do what you love, so every task seems like leisure, not a job. #WorkLove #ShootTime

The film is directed masterfully in the confined space. The focus on small props in the room like the switch and the hospital apparatus that keeps Abhimanyu alive is vital and adds to the drama of the entire scene. Watch this short and well-made film which is a far better way than any to spend 20 minutes in this #Lockdown.

Watch other short films like Second-hand and Food For Thought releasing today. You can get all the live updates on Coronavirus on ZEE5 News section, streaming now.

Little Known Facts About Robin Hood That Will Make You Revisit His Story On ZEE5!