The upcoming show Baaghi reveals how real-life social media star Qandeel Balochi's own family tried to hold her back and ended up killing her. 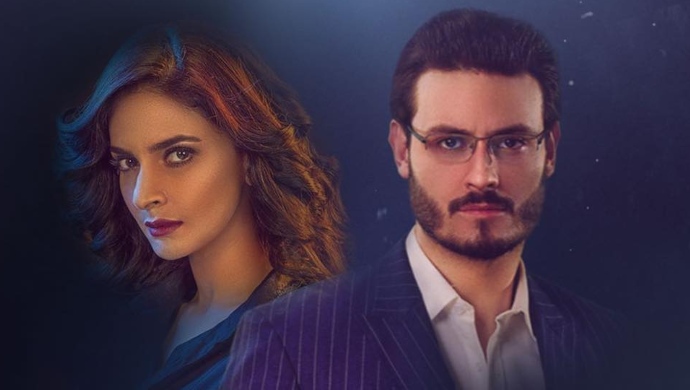 From 1 May onwards, the 28-episode series Baaghi will begin streaming on ZEE5. This emotional drama series tells the life story of one of Pakistan’s first and most popular social media icons, Qandeel Baloch, who was killed by her own brothers for bringing ‘shame’ to the family. The series stars Saba Qamar as Qandeel. While this series is biographical, there are a lot of elements from the story that people, especially women, will relate to. One of the most interesting parts of the show is its depiction of how society keeps finding ways to dismiss women like Qandeel Balochi, who listed Sunny Leone, Rakhi Sawant, Poonam Pandey, and Kim Kardashian as her inspirations. Watch her story on ZEE5 this #SummerOfEmotions.

You can watch the lead actress of Baaghi, Saba Qamar (of Hindi Medium fame), in the romantic film Moomal Rano on ZEE5.

This is the first step to curb women’s dreams. The series Baaghi also shows how Qandeel came from a family of poor farmers where she had six brothers and two sisters. She was interested in music as well as in studies. However, she took up the job of a bus hostess before getting married.

2. Getting Her Married Early

Baloch was married off at the age of 17 to a man from her village. He routinely abused and tortured her, and she had a child with him. When it become too much for her to take after two years, she left him and the child and shifted to Karachi.

When she came to Karachi looking for a job as an entertainer, she was not taken seriously.  Instead, the work she got insisted on objectifying her and appealing to the male fantasy. She managed to get the attention of the whole country, albeit under a fake name.

4. Calling Her Names / Labelling Her

When Qandeel Baloch became comfortable with the way society looked at her, she began to speak her mind. She would debate with old men who accused her of going against culture and society’s norms. They called names to dismiss her opinions in the public eye. They even tried to portray her as a mad woman to end her career.

When Baloch’s popularity didn’t seem to fade despite their best efforts, she was sent death threats in a bid to quieten her. Eventually, her own brother, who had happily accepted the money she got from her work, decided what she was doing brought shame to the family and killed her.

The question that did ending Baloch’s life bring back respect and honour to the society is one that still rings true. Baloch’s story lives on and you can watch this entire emotional journey of love and betrayal streaming on ZEE5 from May 1.

Prakash Belawadi On The Tashkent Files: Vivek Agnihotri Is Liberal About Taking Opinions