“Working on a mythological show takes a lot of research, connectivity with the character and love for mythology," says Tanvi Dogra. 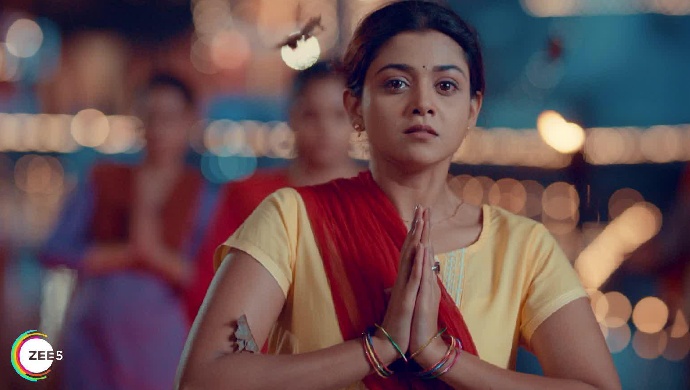 The popular mythological show Santoshi Maa is all set to return on And TV with its second season. It is needless to say that the first season was a hit and the audience was waiting for its second season since 2017. Producer Rashmi Sharma of Rashi Sharma Telefilms decided to cast Gracy Singh for the titular role of Santoshi Maa and Tanvi Dogra for the role of Swati, a great devotee of the goddess. This time the story will focus on the importance of different Vrat’s.

Watch the first season of the show below:

Gracy Singh, who is also known as the Lagaan girl, won hearts with her role in the first season of the show. And now she is glad to essay the divine character once again. While there is no doubt that the audience will love to see Gracy back as Santoshi Maa, we will also see Tanvi Dogra playing the role of Swati. It is going to be a bit challenging for the actress because it is her debut in the socio-mythology genre.

Rise up, start fresh, see the bright opportunity in each new day ☘️

Tanvi started her career at the age of 20 with the Zee TV show ‘Meri Sasu Maa’. While talking about the upcoming show the actress told a leading daily about how she is preparing for the role. Here’s what she said “I have been a firm believer in Santoshi Maa since childhood, due to which observing a fast every Friday to seek her blessings and divine guidance has been a part of my life. I truly believe if we undertake and observe the fast regularly we will be able to seek her guidance and bring order to disorder in life. Even after having a few concerns for playing the role, my connection with the goddess helped me take it up.”

OMG! 6 Similarities Between Paramavatar Shri Krishna And Harry Potter That Are…

“Making a debut in a socio-mythology show brought in its own set of apprehensions, as justifying my character is an extremely difficult challenge for me. Working on a mythological show takes a lot from the artiste in terms of research, connectivity with the character and love for mythology. Swati is a simple girl from a small town of Varanasi, she is well-educated and a firm believer in Santoshi Maa’s divine power. She seeks guidance and divine help from Santoshi Maa to surpass the difficulties that she faces in life” she added.