Here’s How Legendary Christopher Columbus Can Teach Your Kid To Dream Big, Watch The Film

The discoverer of America, Christopher Columbus, never gave up on his dream of voyaging across the Atlantic Ocean. Watch his story on ZEE5 KIDS! 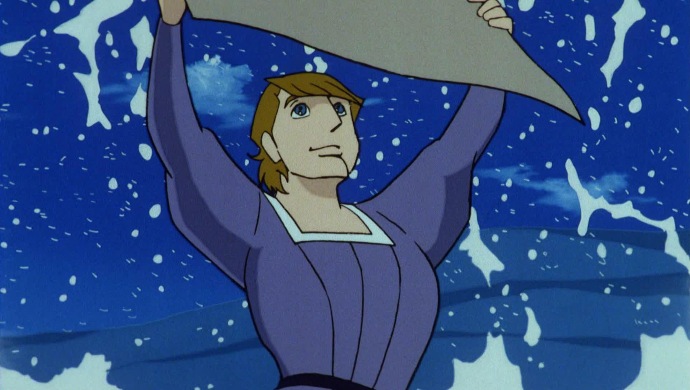 With animated movie across genres like comedy, tragedy, action, mythology, biography, etc., ZEE5 KIDS has made India’s largest OTT platform the ultimate entertainment destination for the entire family. While in #Lockdown during the Coronavirus outbreak, you can learn and explore by watching quality content from the comfort of your home. Well, have you heard of the man who discovered America? His legend unfolds in Christopher’s Dreams and teaches us to dream big. Here’s how he made his way towards his passion!

Born to a poor family in Genoa (now Italy), Christopher Columbus was expected to follow his father’s footsteps and become a wool-weaver. But Columbus’ vision went quite far for a small-town boy. He had a brother named Bartolomeo who was fascinated by Christopher’s thoughts and words. Columbus wanted to sail in the ocean with his trader friends. But his father wanted him to work a job and earn bread for the family. He even hated Columbus’ going to school. People would deem Columbus mad when he spoke to the seas!

One day, Columbus met an exporter, Givony, who offered to teach him to sail. He was pleasantly astonished when Columbus swam to save his drowning brother. Columbus went to ask his parents if he could go out on the sea to sail. His father strictly prohibited him and forced a load-bearing task on him. Columbus was extremely disappointed but he didn’t lose hope. He obeyed his father, and one fine day, his father granted Columbus his wish. He then set out on a ship with Givony and his men.

When a storm hit their ship, one of them had to sacrifice their lives. To save Columbus, Givony persuaded him to chop the rope of the shaft from which the latter was hanging. Columbus was heartbroken to lose Givony but his tragic experience made him stronger. He propelled forward to reach Lisbon and admit himself to the Lisbon Academy of Navigation. He cracked it on merit by drafting maps and charts of nautical routes through international waters. Till then, no one had ever sailed the Atlantic Ocean.

Columbus was appointed as the captain of the ship that would voyage through Portugal and Spain to explore sea routes. He proposed a navigation plan of an uninterrupted passage through the continents of Africa and Asia to the king of Portugal. Later, he married Filipa Moniz Perestrelo and had a son, Diego. His wife died of a prolonged but hidden illness, leaving him to take care of their only child. Columbus returned to Spain but did not forsake his dream. He made it come true by voyaging across the Atlantic ocean four times!

To learn more about the great explorer and voyager, watch the movie Christopher’s Dreams, streaming on ZEE5 KIDS!

You can get Live Updates on Coronavirus Outbreakon ZEE5 News section, streaming now.

Love U Ganesha: 5 Moral Values Your Kids Can Learn From This Animated Movie