Here's a list of most-watched films and series on ZEE5 in the month of April 2020. Read on to find out if your favourites made the list. 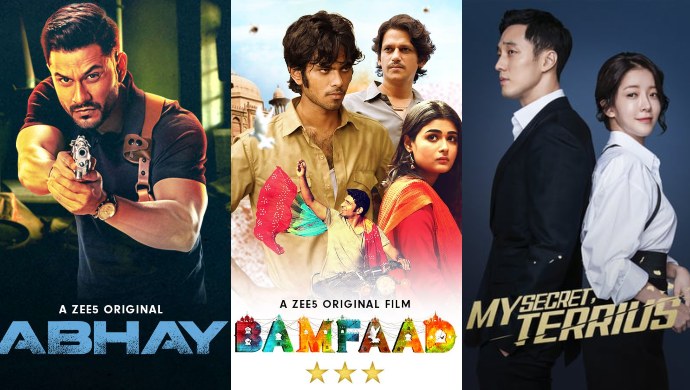 The High Five on ZEE5 Awards celebrate the most watched content on ZEE5. Last month we saw Commando 3 and State Of Siege; 26/11 winning the awards for most watched film and series in March 2020, while the Zee Cine Awards 2020 was the most watched television show for the month. In April 2020, the entry of new films and series has brought in new popular nominees including Bamfaad, the direct to digital release which was the debut of Aditya Rawal, Paresh Rawal’s son.

Watch the March edition of the High Five on ZEE5 awards, which were held online.

Here’s a look at the nominations for most viewed content on ZEE5, in the month of April 2020. Bamfaad was nominated alongside two-time winner Commando 3. The nominations also include My Secret Terrius, the Korean show which is said to have predicted the Coronavirus pandemic.

Nominees for ‘Most Viewed Original Show’:

Nominees For ‘Most Watched Music Video’:

While this is a list of most watched shows films, and music videos, in the month of April 2020, ZEE5 also honours the most watched films, and shows, in the past six months. This time the nominees include Kunal Kemmu’s psychological thriller, Abhay, and the surprise inclusion, Pablo Escobar, a Spanish series dubbed in Hindi, Tamil and Telugu.

Nominees for ‘Most Watched Original Series’:

Which of these do you think will end up winning in their respective categories? Let us know in the comments below. Meanwhile, find out what is coming next on ZEE5 in May 2020.

10 Best Comedies From Welcome To Housefull Available Free On ZEE5, Your #TicketToBollywood

Shaan Grover Of RejctX 2: I Play A Rich Boy Who's The Heartthrob Of Jefferson World School