Highly Opinionated: How Many Nirbhayas Or Dishas Will Perish Before I Feel Safe In India?

Be it NDA or UPA or Maha Aghadi - The government now needs to give a proper and definite answer. Until then, stop calling us India's daughters. 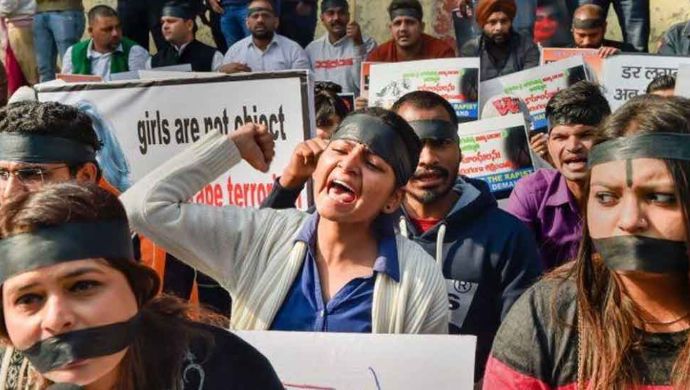 I hail from a small town. It has been a norm among my school and college seniors to migrate to metropolitan cities for better education and job opportunities. I passed the 10th board exams with flying colours in 2010 and stood out as one of the top performers in my school. Happy and excited about my new inning, I was eager to pursue further education in Mumbai and had even secured admission in one of the prestigious colleges. I distinctly remember how the news of a certain rape case in Mumbai, which happened during the same time span, shook and shocked my parents. “Stay here till you finish your +2,” I was told. And I can say this with all the surety in the world that it has not happened to only me. Hundreds and thousands of families are scared for the safety of their daughters given the time and environment we are living in, in India. So no, don’t call me India’s daughter because we have all collectively failed.

I am a writer, a former journalist. But I have stopped reading the newspaper in recent times. Because headlines these days only send shivers down my spine and chills in my body. It is unfortunate that cases of gang rape and murder have become ‘normal’, owing to the lakhs and lakhs of cases being reported in India. The dreadful gang rape and murder case of 26-year-old veterinarian in Hyderabad is attracting attention, rage and shock from all quarters of the country. A girl, like you and I, dressed “moderately” was returning home at around 8 pm – much within the society’s usul and aadarsh. However, what reached her family were her charred remains after four lorry drivers brutally raped her and set her ablaze. And no, calling it ‘Nirbhaya 2′ won’t lead to any change. There is anger. There is disapproval. There is a question – Are women safe in India?

Ever since 2012, I have been staying by myself in Mumbai. The financial capital of India is said to be one of the ‘safest’ cities in the country. Then why did I have to cover my chest with my college bag while travelling in local trains? Why did I hesitate to take late night auto rides and always had to share my live location with my family and friends? Why couldn’t my brother, who stays miles and time zones away in Dubai, not go to sleep without knowing his sister has reached home? The age of victims is all the more shocking – they are four or five years old, sometimes barely a few days old, molested and/or raped by their family members in many cases. If it could happen to an infant, a baby, why would I, a girl in her 20s be spared?

I have now begun to believe that things in India won’t change. At least, I won’t be around to witness it. So many dharnas have been staged, lakhs of candles have been lit, but what changed? In 2012, we had a Nirbhaya in Delhi and now in 2019, we have a Disha in Hyderabad. Besides, the level of brutality and heinousness seems to be going on an upward graph. Nothing, besides the fact that women continue to be raped and murdered, has changed. Their families continue to live in grief, while wrongdoers use legal loopholes to walk scot free. I hang my head in shame as I admit to the collective failure of not only the Parliamentarians but also of law-makers to law-protectors to journalists and so on, we have all failed because women are still not safe.

Why not teach men to not rape? Why tell a woman to avoid isolated areas in her own homeland? Do we not pay equal taxes? Do we not give you our vote that puts you in the power to safeguard our modesty? Don’t come at us with beti bachao, beti padhao. Start making amends in how you raise your boys. In addition to social media outrage, voices are being raised from all over. But are the authorities even listening? Because it seems like the onus of ensuring a woman’s safety falls on the woman alone, in India. And if that is the case, I wouldn’t want to raise a daughter in this country, let alone be one here.

Nirbhaya or Kathua or Unnao or Telangana, be it NDA or UPA or Maha Aghadi – The government now needs to give a proper and definite answer. Until then, stop calling us India’s daughters.

Watch all episodes of Bhram streaming on ZEE5. Watch out for this historic horror book available online now.