Himani Shivpuri: Katori Is Unlike Any Other Mom-In-Law On TV, It’s a Dream Role At My Age

In an exclusive interview, the Happu Ki Ultan Paltan actress revealed insights about her personal life, and her journey from theatre to TV 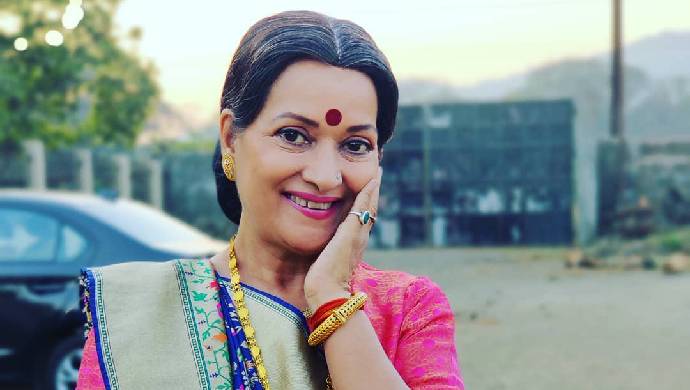 AndTV‘s TV show Happu Ki Ultan Paltan recently grew a year older. The comedy show revolves around the life of Happu Singh, a police officer which is a spinoff from another show called Bhabi Ji Ghar Par Hain. Happu’s family, consists of his wife, 9 kids, and his mother Katori Amma. The family members share a camaraderie with each other, especially Happu and Amma. The role of Amma, the boss lady of the house, is played by the experienced actress Himani Shivpuri. She has been appreciated for her absurdly funny role which sets the tone of the entire show right. As Happu’s paltan turned one, we did an exclusive interview with the actress and asked her about the experience working in this show.

1. First of all, congratulations ma’am for Happu Ki Ultan Paltan completing one year. How has your experience been like working in the show for the past year?

The experience has been wonderful because the character that I’m playing has got so many colors. Katori’s character looked colorful when it was first narrated to me. As an actor, it’s a lovely feeling to play such a character. It’s sort of like a dream role at this time for TV. Usually, the characters that one plays are so one dimensional. I don’t enjoy playing such one-dimensional characters. Usually the roles that one gets at my age is that of a suffering mother or a vampish mother-in-law, which I’ve played quite a few times in the past. But here was a chance to do a role that has got so many things to offer. I’m thoroughly enjoying the role. Even the way in which these people shoot is also very different. Because daily soaps usually tire you out. But here we rehearse the scene properly, and we improvise too. That is the fun part about this serial.

2. Who’s your favorite character on the show? What do you have to say about your co-stars?

That’s a tough question to answer. Every character in the show is beautifully written. I also think that the casting has been done beautifully. Chamchi is my favorite one amongst the kids. She’s a lively girl and she’s very fond of me. I get along very well with my bahu also. And Happu of course, since I’ve worked with him previously in a play. We have a nice rapport. So it’s almost everybody. We are literally like a family together.

3. How different are you from your reel life character? What quality of Amma do you relate to the most?

Well, I’m very different in the sense that I have a son who hasn’t got married yet. So I don’t have the experience of being a mother in law. I still don’t have that sense of insecurity which a mother in law feels. Katori is uneducated unlike me. She also speaks Bundelkhandi which I don’t. So, Katori is quite different from the real-life me.

4. Did you find it difficult to grasp the Bundelkhandi language?

Yes, obviously a new language is hard to catch hold of. Kamna and Yogesh are from the region where the language is spoken so they didn’t find any trouble. Even the two kids, Malaika (Zahara Sethjiwala) and Hritik (Aryan Prajapati) belong from there. However, Shashank Ji had asked me to not speak the language as my husband on the show Khodi Lal also didn’t. But I took it up as a challenge. I felt that if Happu speaks the language then even his mother should be able to. Initially, I was a little scared if people would be able to understand the language and relate to it. Now I’m glad that I picked up Bundelkhandi because people seem to like it. Some of them even appreciated me for getting the accent right.

5. Being the senior-most actor in the room, how often do your co-stars seek your help?

I don’t think any of my co-stars need my help. Everyone in the team and especially the young actors are super confident. Everyone is actually doing a wonderful job as a team.

6. If given an option between theatre, TV or films, which would you choose and why?

Well, my first choice would always be theatre as that’s my first love. One never forgets the first love. After I passed out of NSD, I stayed on there. Most of the people like my seniors, Neena Gupta and Aloknath, came to Mumbai. I didn’t because I wanted to stay back and continue doing theatre. I couldn’t go back to my home town as there was no scope for theatre there. I did theatre for like 10 years, followed by TV shows, before finally coming to Mumbai. Even after coming here, I am still attached to my roots of theatre. During my off days, I go teach in the Drama Department at Mumbai University. I direct plays. I take theatre workshops at my hometown Dehradun. I go to NSD whenever there’s spare time. I sometimes do solo performances too.

7. Even though the show is praised by many for its humourous content, there’s also criticism. So how do you deal with negative comments?

You need to have the capacity to take in both the good and the bad as criticism is the part of life. Life isn’t a bed of roses! However, for this show mostly I’ve only been appreciated. Negative comments are less for the show.No one has told me that it’s a horrible show. It’s a positive response overall. I anyway like to take things positively. I try to improve myself if I do receive any such criticism.

7 Fashion Mistakes That You Should Avoid – Inspired By The Fashionista…

What do you think of Himani Shivpuri’s role in Happu Ki Ultan Paltan? Let us know in the comment section below.

Janta Curfew: No Day Like Today To Watch Veere Di Wedding, Streaming On ZEE5 For Free