Namrata is shown as the modern-day mom who manages being a parent, manages a job and maintains a home. Here's what working moms can learn from her. 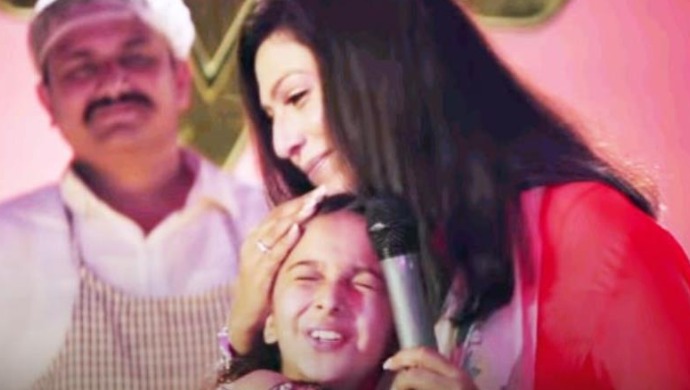 Mentalhood, a ZEE5 Original series, showcases a mother’s journey of raising her kids. Right from waking the child up for school, preparing their favourite dishes, to making them do their homework, a mother has a crazy day every day. Directed by Karishma Kohli, this series salutes the spirit of a mother and appreciates her efforts, which are mostly not acknowledged by anybody. Mentalhood tells the story of six supermoms who want to give the best of the best to their kids. The series has shown a variety of parenting styles and situations, including a stay-at-home dad, a workaholic mom, a boho mom, a perfectionist mom, a caring mom, and a disciplined mom.

Actress Shilpa Shukla who plays the role of Namrata Dalmia is shown as the modern-day working mother who knows how to take care of her child as well as her work. Namrata is a materialistic mom who thinks money can buy anything, especially her daughter’s happiness. She is also a multi-tasker and a successful CEO. In the series, AJo (played by Sandhya Mridul) says that Namrata is not a good mother as she is a working mother. She even calls Namrata an ‘oxymoron’, because according to her, Namrata’s role as a working woman is in complete contradiction of her role as a mother.

In the entire series, one can see how AJo keeps taunting Namrata and is happy seeing her fail as a mother. AJo says that a mother is the primary caregiver in a child’s life, while anybody can be the CEO of a company. However, we also see how Namrata gives other workaholic mothers a few powerful mantras to balance everything in their lives.

Namrata keeps servants who can take care of her daughter Shaysta and tells them to give her minute details about her child. Despite busy work schedules, Namrata manages to take time for her daughter and goes to attend PTA meetings. Namrata celebrates her daughter’s  birthday in a grand way and gifts her an expensive car. She fulfills all her daughter’ demands and pampers her. Namrata even guides her daughter and teaches her moral values to become a better human. She even installs CCTV cameras in the house and keeps an eye on her daughter while staying in office. Namrata is possessive about her daughter and make sure she is around her to keep her safe.

Namrata from Mentalhood proves that she does not need to be a stay-at-home mom to raise her child correctly. What do you think of her parenting methods? Let us know in the comments below!

COVID-19: ZEE5 Provides The Latest Updates And News On Coronavirus, So #BeCalmStayInformed

Vivek Dahiya: I'd Love To Do Something Like Rangbaaz Phirse Or Never Kiss Your Best Friend