If Not An Actress This Is What Meri Hanikarak Biwi’s Devina Pandey Would Do!

Anjali Mukhi, aka Devina Pandey, is known for her subtle sarcasm and she has an amazing hidden talent. 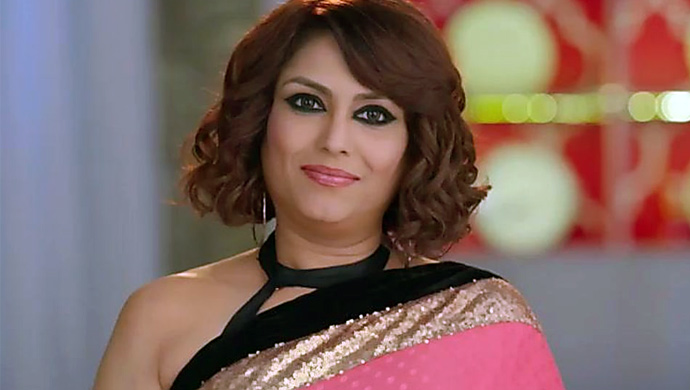 Anjali Mukhi aka Devina Pandey from And TV’s popular show Meri Hanikarak Biwi has made us hate her character. Despite her cruel intentions, her sense of style is something which her fans admire especially the ladies. Devina is known for her subtle sarcasm and hatred towards Akhilesh Pandey played by Karan Suchak.

While we say this, watch the latest episode of Meri Hanikarak Biwi below:

The actress is highly talented, and one of her talents include writing, yes! you read that right! While speaking to a leading daily Anjali spoke about her interest in writing, ‘Apart from acting, I am writing too. My husband and I have a flair of writing and we have been doing this from the past five years. I am writing a comic thriller to convert it into a digital series and a film too. We will be pitching it soon. We plan to bring distinguished content that the TV audience and digital lovers can enjoy. In fact, I had also penned two episodes for my show and my producer happily incorporated it.’

Upon asking if she would like to take a break from acting and focus on writing and producing, she said, ‘So far, I have been balancing acting and my off-screen work well, and I plan to do that in future too. I do not plan to quit acting ever. I am doing Meri Hanikarak Biwi now and working on my script. I do have some dates available and wouldn’t mind playing a good role if it comes my way.’

Directors, are you listening?

In case you missed watching Why Cheat India, catch the world digital premiere on ZEE5 now!

Watch Rangbaaz A Web Series That Will Thrill Your Senses