If Sridevi’s ChaalBaaz Was To Be Adapted On TV, Jiyaa Shankar Would Be The Perfect Choice

We have proof that the actress fits the bill perfectly to play this popular double role on-screen. 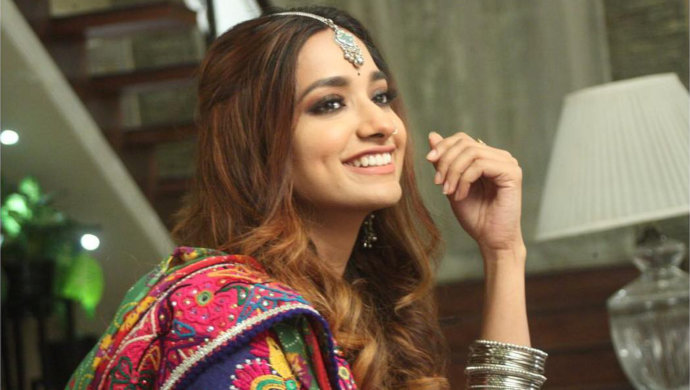 Legendary actress Sridevi’s untimely death in February 2018 indeed shocked the Indian film fraternity along with her countless fans and well-wishers. The star had left a void that would be felt forever. When we talk about her work, there are many movies of the versatile performer that are loved by almost everyone who you come across. And the 1989 released classic comedy-drama ChaalBaaz surely happens to be one of them. It is a film that thoroughly keeps you entertained with Sridevi’s brilliant double role act playing twin sisters Anju and Manju.

Recently, we came across watching a video which made us thought that if this film is adapted for the small screen today, this popular TV actress fits the bill perfectly to play this popular double role on-screen. And it’s none other than actress Jiyaa Shankar.

Jiyaa who is popularly known for playing the role of Dr Ira Pandey in And TV’s show Meri Hanikarak Biwi finds inspiration in late Sridevi as an actor. Following the trend, Jiyaa shared a short video on her Instagram account through a popular app. She was seen lip-syncing to none other than Sridevi’s famous comedy ‘Log kya kahenge?’ a scene from ChaalBaaz. Looking at her lip sync and funny expressions in this short clip, no doubt Jiyaa’s comic timing is superb.

While we say this have a look at the latest episode of Meri Hanikarak Biwi:

And it was after watching this video only that we could only imagine Jiyaa doing justice to the roles of Anju and Manju, if ChaalBaaz was to be adapted on TV. Have a look at the video of Jiyaa as Manju from ChaalBaaz here:

Doesn’t she perfectly suit this role? Do let us know your thoughts in the comments section below.