In The World Of Gender Defined Roles, Mentalhood Teaches Us The ABCs Of Gender Fluidity

"In the world of pink and blue, can you dare to be yellow?" ZEE5 Original series Mentalhood sends out a powerful message on gender roles and identity. 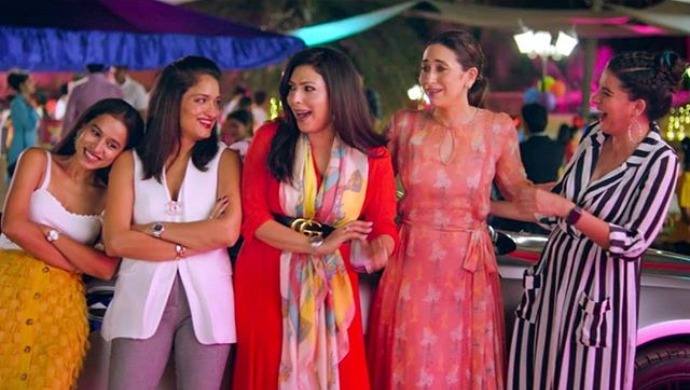 Mentalhood is a ZEE5 Original web series about the journey of motherhood and the struggles a mother faces while raising her kids. The series features Karisma Kapoor, Sandhya Mridul, Tilothoma Shaw, Shruti Seth, Shilpa Shukla, Dino Morea, and Sanjay Suri in pivotal roles.  The series was released on 11 March 2020 on ZEE5.

The third episode of Mentalhood talks about gender identity and gender roles. The world is changing quickly, and in today’s times, a web series like Mentalhood gives voice to women and mothers whose efforts are never acknowledged. In the episode, it is shown that parents force their kids to identify with a particular gender and make them to do things that encourage stubbornness.

In the third episode of Mentalhood, Diksha’s son wants to wear a frock, which she is happy to provide. Meira and the other supermoms are surprised and tell Diksha to make her son understand that he is a boy and cannot wear girls’ clothes. Diksha gives a befitting reply when she says, “I am against defining gender roles. Why should I differentiate between girls and boys? As a parent, my work is to encourage him to express himself.” Namrata jumps into the conversation and tells Diksha that the child will get confused and call her a bad mom when he grows up. In another scene, Meira gifts a toy kitchen set to a girl child, whose mother gets offended by the gift and returns it. She tells Meira, “We do not gift our girls domestically predetermined role-playing toys.” She even says that as a mother she does not want her girl to feel that she is only good enough to do housework.

Meira sends out a strong message to all the parents when she says that the world has defined roles for every gender. She says that the world has decided that blue is a manly colour and pink is a feminine colour, but this is confusing for kids who do not fit in any of the categories. Meira gives a fitting reply to all the questions about gender identity that modern parents have. Meira asks them, “In the world of pink and blue, can I dare to be yellow?” Aakash, who is a stay-at-home dad, tells Meira that the world does not define gender roles, and that it is each person who must accept things.

A parent always wants what’s best for their kids, but different parenting styles can create friction between couples. Preity’s husband tells his wife to make their boys learn manly habits. He tells his elder son to have drinks and chill. He gets angry at Preity for teaching cooking to his boys and says that in his family males do not go girly stuff. Meira’s daughter tells her mother that she hates being a girl as her body is changing and she does not like how people look at her. Amira even tells the principal that gender should exist in school as it creates a divide between people. Amira tells her mother that girls tease her saying that she is becoming a woman and is blooming.

Meira makes her daughter understand that girls get periods and their body changes over time. She takes her to buy lingerie and tells her that puberty is hard to deal with as people view it through the lens of gender taboos. She sends out the message that a child should get to decide their own gender by the time they grow up. Meira says that gender stereotypes would end if only the world believed that it is a child who gives birth to a mother and a father.

What are your thoughts on this? Do you also think parents should identify gender roles and make their kids adhere by them? Do let us know in the comment section below.

#StateOfSiege2611: 7 BIG Mistakes That Led To A Prolonged Terror Attack In Mumbai In 2008