Indo-China War Trivia: Did You Know Paltan’s Title Track Was Inspired By A Hollywood Film?

If you love Paltan’s title track, you should surely know where the inspiration came from. It's sung by Divya Kumar, Irrfan, Adarsh and Khuda Baksh. 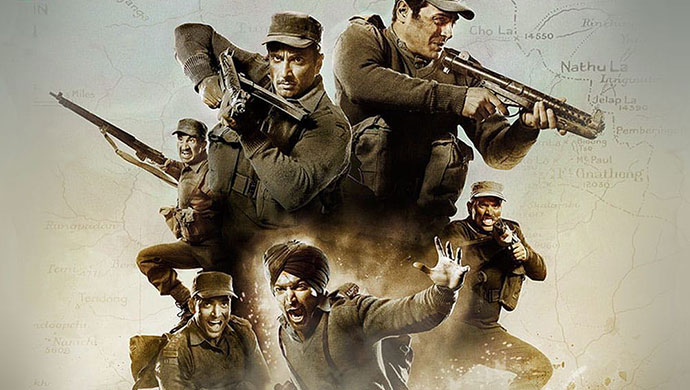 Whenever a war film is released it arouses a strong patriotic feeling amongst the audience. Both Border and LOC Kargil had that effect on viewers. And when JP Dutta completed his war-film trilogy with Paltan, a similar response was witnessed. But if you have noticed, all of these films had one song that stirred our nationalistic emotions, it also managed to touch our hearts. And in Paltan the title track was that song. Well, I am sure it is making to the charts for the upcoming Independence Day, but do you know the song is inspired from a Hollywood film.

As per some reports, JP Dutta was inspired by the theme song of a Hollywood film called The Bridge On The River Kwai. The whistle humming tune that we hear at the beginning of the song is actually the same what we hear in the Hollywood film’s theme song. Coincidentally, even that film was set in the backdrop of a war. We must say, Paltan title track is quite appealing and it has the right effect to set you in the patriotic mood. Sung by Divya Kumar, Irrfan, Adarsh and Khuda Baksh, the lyrics of the song have been written by Javed Akhtar. The music has been given by Anu Malik.

Even the other songs from the film, namely, Main Zinda Hoon and Raat Kitni have been quite impressive. Paltan stars Arjun Rampal, Siddhanth Kapoor, Gurmeet Choudhary, Harshvardhan Rane, Sonu Sood, Esha Gupta, Sonal Chauhan and Dipika Kakar. The film is based on the Nathu La Cho La clashes between the Indian and Chinese military forces at the Sikkim border in 1967. The film released in September this year.

You can now watch Paltan online, streaming on ZEE5.

Posham Pa Trailer: A Childhood Game Gets A Sinister Spin In This ZEE5 Original Film