Inside Bhaagamathie Bungalow: It Took 29 Days, 200 Workers To Create The Rs 3 Crore Set

Released in 2018, the spine-chilling drama further attested Anushka's versatility & how she never fails to sprinkle brilliance on any role she plays 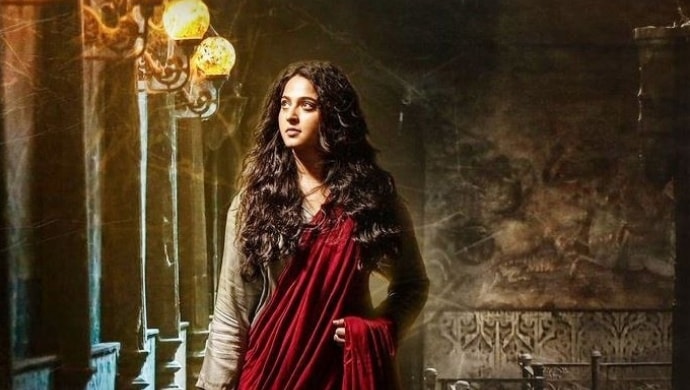 One must revise their superlatives when writing about superstar Anushka Shetty. We have seen her brilliance films like Arundhati, Rudhramadevi, Size Zero and the Baahubali series. The South Indian actress knows of no failure and has managed to keep her success streak intact with G. Ashok’s horror-thriller Bhaagamathie. Released on January 26, 2018, the spine-chilling drama further attested Anushka’s versatile basket and how she never fails to sprinkle brilliance every time she enters the frame. Because such is her towering presence and persona that you can barely blink, seated at the edge of your seat.

During an interaction with a leading news portal, director Ashok boasted saying, “Everything from the set to all the other details has come out really well, which has only complimented her acting. I can proudly say that this will be the best performance of her career.” Speaking of sets, the mega-budget blockbuster was erected on a magnanimous figure and while ROI has been beyond satisfactory the bungalow shown in the film became the talking point. Designed by art director Ravinder famous for his works in Tollywood blockbusters, the Bhaagamathie bungalow is spread across an area of 28,000 square feet. 200 workers worked round the clock for nearly a month to mount the sprawling set. It costs a whopping Rs 3 crore!

The two-floored real estate comprises of 12 rooms and 189 pillars. Humongous photo frames were hung by the walls so as to reinstate the vintage charm since it was supposed to be 500 years old. The bungalow also has a lift which can be only used with the help of workers.

It took Ravinder six months to design this visual treat and the makers are said to be in the process of buying the patent rights of Bhaagamathie bungalow. “The director asked me to design a 500-year-old bungalow that was actually constructed as part of the story by a king to gift his wife. We drew many sketches and at last erected a huge set for the movie. Ram Charan, Allu Arjun, Sai Dharam Tej, Sukumar, VV Vinayak, and others paid a special visit to Bhaagamathie sets and appreciated the hard work of my team,” the art director revealed during a media interaction, as reported by a Telugu news portal.

Love the Baahubali actress? Binge-watch all of Anushka Shetty’s movies on ZEE5.

5 Reasons We Are Super Excited About Happu Ki Ultan Paltan