In the first season of IAK, Alia tries to save Munmun from drug smugglers but ends up in their trap herself. Watch Alia's story in the second season! 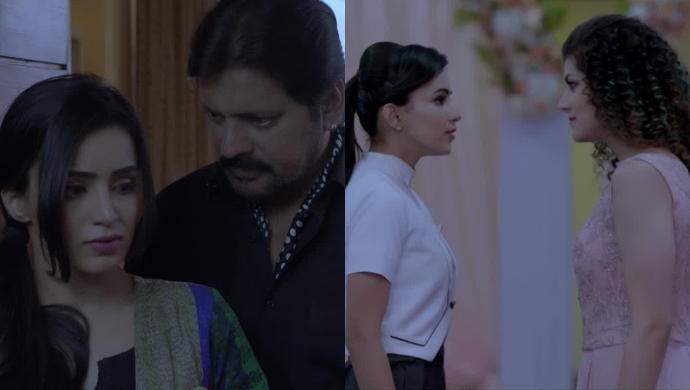 In the previous episodes of Ishq Aaj Kal, Alia Jaffri goes to a hotel management camp as an intern. She wants to start a new life for herself by moving to Mumbai as an independent woman in a city. Alia wants to go to Mumbai and find out the truth about her mother’s death and father’s arrest as well. At the camp she gets busy makes a good impression on her superiors. Shahbaz, her uncle finds out that he has a troubled past with Naaz, the organiser of the camp, and decides to get Alia back home.

Munmun is under the control of Barkat who wants her to smuggle drugs during the camp. Munmun doesn’t want to do his work but he has threatened to kill her family. Amaira gets jealous of Alia because she feels no one is paying her any attention. Amaira’s mother goes through the interns’ records and finds out that she is Imran Jaffri’s daughter who she was in love with.

Naaz also finds out that Alia is her own daughter and Amaira’s sister. Amaira decides to get revenge on Alia by tricking her into accepting a marriage event. Alia doesn’t know it is an inter-religious marriage and that Arshad is against inter-religious marriages because his parents’ marriage didn’t work out. Amaira woos Faraz but finds him going back to Alia again.

Arshad is wild with rage when he finds out that an inter-religious marriage is happening in his hotel. He tells Alia that she is fully responsible for the wedding and will be fired if anything goes wrong. Amaira tries her best to ruin the wedding but Alia manages to succeed with help from the other interns.

Munmum is paid three crores to smuggle a big order of drugs. Alia promises to help Munmun in getting rid of Barkat from her life completely. However, Munmun disappears from the room leaving only her phone behind. Barkat calls up Alia and promises to take her to her father if she gets him the drugs consignment.

When Alia delivers the consignment, she finds Barkat missing and she gets no information about her father. All is not lost, because Alia is selected for the camp along with Paresh. Amaira’s mother makes sure her daughter is selected as well. Faraz is even more upset when he finds out that Amaira got his name off the list but also suspended him. While Alia is getting ready to leave for Mumbai, two policewomen stop her.

Will Alia get arrested for following Barkat’s orders? Find out in season 2 of Ishq Aaj Kal streaming on ZEE5.

5 'Thrill-Seeking' Reasons Why You Should Not Miss Commando 3 On ZEE5 At Any Cost!