In the second season of IAK, Arshad fires Alia when he finds out about her arrest. When released, she runs into the mysterious Ejaz and gets injured! 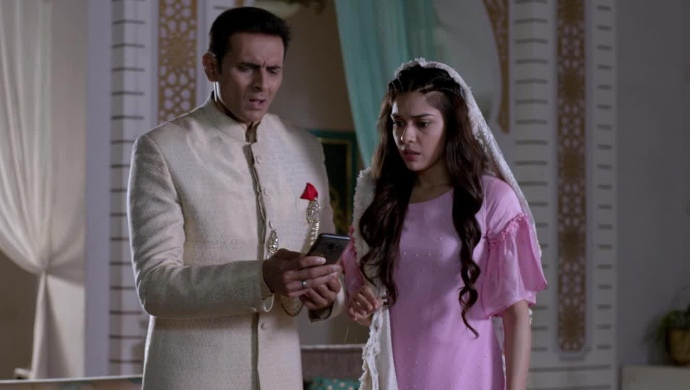 In the first season of ZEE5 Original Ishq Aaj Kal, Alia goes to a hotel management camp in Manali which will prepare her to go to Mumbai. Alia wants to go to Mumbai and find out more about her father’s arrest for killing her mother. At the camp, she aces every situation and becomes the best intern. However, she gets into a tiff with Amaira the owner, Naaz’s daughter. Naaz also finds out that Alia is her daughter from a previous relationship. Alia meets Munmun who is forced to work for a drug smuggler. While trying to save Munmun, Alia gets dragged into the drug mafia and the police show up to arrest her

In the first episode of season two, Alia is being questioned by the cops about her role in the drug smuggling case. Alia tells them she was only trying save Munmun and got herself caught in it. Alia tells them about Barkat the drug smuggler and says both Munmun and Barkat have disappeared. Shahbaz and Zara call up Alia only to find out that she has been arrested by the police.

Arshad, the hotel manager, also finds out about Alia’s arrest and fires her from the Mumbai job. However, a lawyer shows up and gets Alia out of police custody. He also gives her tickets to Mumbai and asks her to continue the job. Aliya is upset when she finds out that Naaz saved her while Arshad was planning to fire her from the job.

Alia is made to take up the night duty at the bar for a week. On her first night, she is injured trying to stop a fight between Ejaz and two other drunk men. The next morning Alia complains about Ejaz but her superiors don’t take any action against him. Alia and her batchmates from Manali are shocked to hear about Munmun’s death. Alia believes that this was a murder done by the drug smugglers.

Ejaz comes the next day to the hotel looking for Alia but she is not at the hotel. Arshad apologises to Alia for not trusting her earlier. He asks her to count him as her friend when they are not working. Naaz leaves the hotel to meet someone and is shocked when she sees Ejaz. He tells her to stop insulting his family. Who is Ejaz and what is his story? Find out in the next episode.