In Ishq Aaj Kal, Alia finds out that her father has already been released from prison and tries to find clues about his current whereabouts. 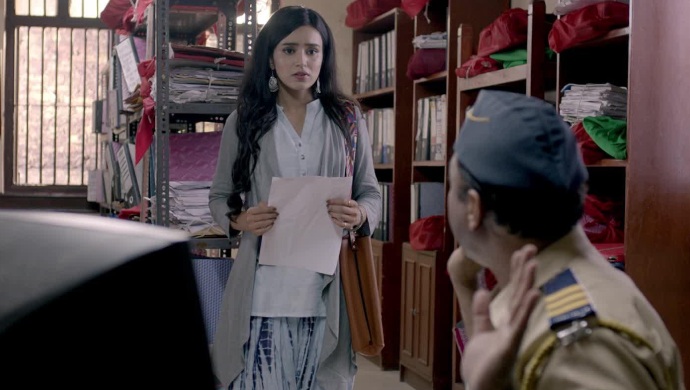 Previously on Ishq Aaj Kal, Alia is arrested for being involved in the drug scandal but Naaz gets her out of jail. Naaz tells Alia to get back to work in the Mumbai hotel. Alia has a confrontation with Ejaz for causing trouble at the hotel. Ejaz begins harassing Alia for complaining about him. Faraz returns to the hotel and in Amaira’s life. Arshad apologises to Alia for not believing her earlier and tries to get close to her. Arshad also wants to help his father get the 50:50 stake in Trinity Group instead of letting Naaz enjoy the 70 percent stake that she has for the last 20 years.

Alia finally gets to the police station where her father has been arrested to meet him. However, when the police check their records, they reveal that Alia’s father Javed has been released from jail on good behaviour. Arshad scolds his brother Ejaz for harassing Alia and they get into a heated argument. When Alia reaches the hotel, she is distracted by thinking about her father and wants to know where he went after being released.

Arshad invites Alia to have lunch with him because he sees her worried and not having eating. Arshad apologises to her for the way Ejaz has been behaving with her. Meanwhile, Naaz starts an affair with the ATS officer but is unaware that they are being watched. Someone clicks a photo of her on her date and gives it to Ejaz.

Ejaz confronts Alia for complaining to his brother. He says that Alia wants the entire family property and that’s the only reason she is getting close to Arshad. Ejaz questions his brother’s intentions and feels he is in love with Alia. Naaz and her boyfriend in the police both get a box containing photos of their date where they were being watched. Alia gets a call while she is counting the money at the end of the day.

She moves aside to take the call and when she returns finds the money missing. Everyone accuses Alia of stealing money and her superiors give her 24 hours to get the money back. Barkat corners Munmun’s mother in a cab and asks for information about her daughter. When she refuses, Barkat slashes her throat and leaves her to die. Faraz tries to help Alia with the money but she refuses. A peon at the police station says that he has new information about Alia’s father and she should meet him as soon as possible.

Watch all the four seasons of Ishq Aaj Kal, streaming now on ZEE5.

Yeh Saali Aashiqui: 5 Reasons You Must Check Out This Romantic Psycho Thriller On ZEE5