Alia gets drunk and tells Arshad that she is not a robber and she only wants to meet her father. Alia comes face to face with Barkat too. 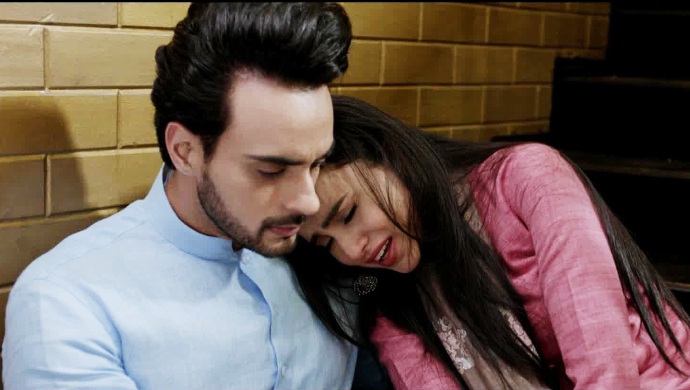 Previously on Ishq Aaj Kal, Arshad sees Alia being harassed by Ejaz at the hotel. He takes Alia out for lunch to apologise to her and scolds Ejaz. Naaz asks Faraz to bring her a file which Arshad and his father are hiding from her. Faraz initially refuses but brings her the file later that night. Barkat goes looking for Munmun and kills her mother. Alia is accused of stealing money from the counter and has to find the money in 24 hours. Faraz offers to help Alia with the money but she refuses.

Mhatra accuses Alia of stealing the money from the hotel. Arshad tries to call his mother in the hotel but is distracted by his father. Arshad finds out that his company lost the bid for a seven-star hotel in Juhu which they were sure to win. Arshad forgets to call up his mother and gets busy trying to figure out where they went wrong.

Another man who has been secretly giving alcohol to Arshad’s mother in the rehab centre helps her escape as well. Paresh finds the stolen money in the hotel managers cabin and saves Alia. That night, Alia gets drunk and meets Arshad. She tells him that she is not here to steal money or sell drugs and her only plan is to find her father. Alia tells Arshad about her father and he promises to help her.

Munmun finds her mother’s dead body and vows to take revenge on Barkat for killing her. Arshad’s father talks to his partner Balraj about an investor meeting in the hotel. He says this will help him get a higher stake in the business and get his casino plan started. Alia meets the police station peon who takes her to the spot where he had seen Imran Jaffri last and gives her a letter from her father.

Alia reads the letter and finds out that her father never killed anyone and he is not dead either. She tells Zara that her father is alive and he is living somewhere far from her. At the investors’ meeting, Arshad’s mother interrupts the proceedings and derails the meeting. Arshad goes to the investors to save the meeting while Faraz smiles because his plan with Arshad’s mother worked perfectly.

Alia goes to Arshad’s room to tell him about her father. She finds him in the room with Barkat who introduces himself as Balraj. Will Barkat ruin Alia’s life again? Find out in the upcoming episodes.

Kamna Pathak On Happu Ki Ultan Paltan Turning One: Never Imagined Myself In This Avatar