Alia finds out that Arshad's father, Javed, was her father's friend. She questions him to find out the truth about the murder but Javed lies to her. 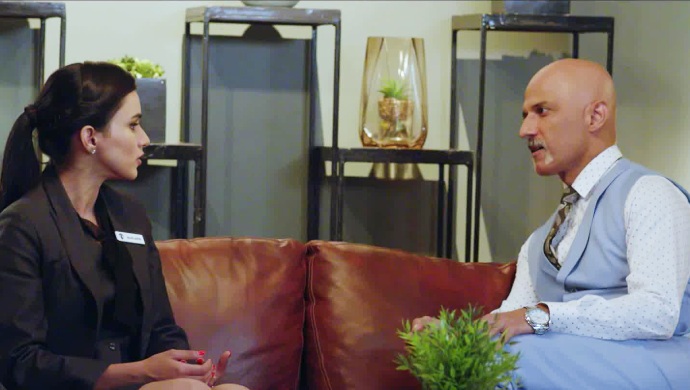 In the previous episodes of Ishq Aaj Kal, Alia confronts Barkat and finds out that her father goes to a mosque every Friday. Alia goes to the mosque and meets her father there. However, he manages to slip away from her yet again. Alia is heartbroken and forgets that she had to got for a date with Arshad. Ejaz tells Arshad that Alia doesn’t love him. At home, Arshad refuses to forgive his mother but Ejaz wants to give her another chance. Munmum changes her name and identity to Shonali and vows to kill Barkat. Faraz follows Alia’s father Imran and finds a photo of him in the house.

Watch the third episode of the third season here.

Alia tells Arshad that she met her father which is why she couldn’t be on their date. Alia cries because her father left her again and Arshad comforts her and promises to help find her father again. Faraz hires someone else to follow Imran who burns all evidence and moves from his room to another small hotel. Faraz tells Naaz that he met Alia’s father.

Barkat is scrolling through dating apps looking for younger girls when he finds someone looking similar to Munmun, but her name is Shonali. He matches with her and she asks him out for dinner the next day. Amaira purposely hurts herself to get Faraz to notice her again. Faraz finds out that Alia’s father Imran was also his father Wasim’s friend and believe she will help him get revenge.

Ejaz and Javed find out that Naaz has another company which stole their contract. They blackmail Naaz by showing her pictures of her affair with the ATS chief and make her take back her offer and give the contract to Trinity. Naaz tells her boyfriend the ATS chief to get rid of Javed and Ejaz. However, Faraz disguises himself as the Punjabi intern Paresh and makes Javed unconscious taking him away in the laundry trolley.

Alia’s uncle Shabaz Ahmed reaches the hotel to meet Alia but he meets Naaz first. Alia meets Shahbaz in Naaz’s room. He wants Alia to stay alert of everyone in the hotel. Faraz wears a mask and demands to know from Javed if his father Wasim and Alia’s mother Heena were actually having an affair or Javed made up this reason to kill them.

Ejaz finds a clue that links Alia and Paresh to the kidnapping. He takes them away in a car to threaten them and find out the truth. Naaz’s men try to kill Ejaz but Alia saves his life at the last minute. Meanwhile it is revealed that Faraz purposely planted evidence against Paresh and Alia to get away with his crime. Will Ejaz find out Faraz is the real criminal? Find out in the next episode.

Watch all the episodes of Ishq Subhan Allah, streaming only on ZEE5.

Get live updates of the Coronavirus outbreak in the ZEE5 News section.

ZEE5 Celebs Join PM Modi At 9 PM To Drive Away Darkness With Diyas And Candles!