Alia finds Arshad's body in the river and discovers the truth about his murderer from Faraz. Faraz blackmails Javed and hires Ejaz as his lawyer. 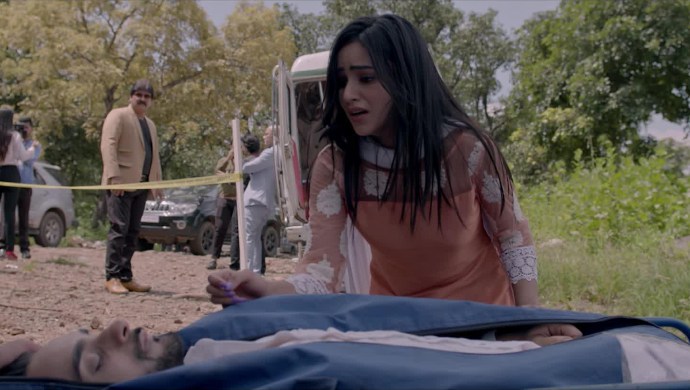 So far in season four of Ishq Aaj Kal, Alia and Ejaz are heart-broken by Arshad’s disappearance. Javed tells Ejaz to focus on finding Arshad before finding the killer. Javed remembers how he found out that Faraz had kidnapped. Alia’s father Imran calls up Arshad and tells him that Javed was the real criminal for whose crimes he went to jail. Arshad questions Javed about it and he avoids answering them. Later, Javed kills Arshad and frames Faraz for it. The police find clues leading them to believe Faraz killed Arshad and take him to jail. While being arrested, Faraz realises that Javed has tricked him.

Imran meets Alia and comforts her saying that Arshad will be alright. Faraz is beaten up badly in jail by the police until he confesses the truth. Alia tries to tell Ejaz about Faraz’s past but he ignores her and goes to the police station where he hears that Faraz has confessed to a crime he did not commit. Javed and Balraj plan to kill Alia and Imran after the Arshad case calms down.

Naaz goes to Imran’s house and asks him if he tried to kill Arshad to get revenge on her and Javed. Imran says he would never kill the man his daughter loves. Ejaz goes to jail where Faraz tries telling him that Javed killed Arshad but he doesn’t believe it. Alia and Ejaz are the first to arrive when Arshad’s dead body is discovered. Alia cries for Arshad while Ejaz hugs her.

Javed and his family organise Arshad’s funeral where Alia is crying inconsolably again. Arshad’s mother in the hospital also finds out that her son is dead. Alia goes to Faraz to ask him the truth. He tells her that Javed is the one who killed Arshad and not him. Amaira tells Alia that everyone who takes sympathy on her or likes her either ends up dead or in jail.

Amaira tells Imran to leave Alia too or he will also die. Naaz slaps Amaira and tells her that Imran is her father. She apologises for not telling Amaira or Arshad the truth earlier. Faraz sends Javed a video which proves who really killed Arshad. He asks Javed to prove him innocent in court or he will release the video. In court, Faraz hires Ejaz as his lawyer to prove his innocence.

Will Ejaz prove Faraz’s innocence or send him to jail? Find out in the upcoming episodes.

Catch the final episodes of Ishq Aaj Kal, streaming only on ZEE5. Get all the live updates on Coronavirus on ZEE5 News Section.