In this thrilling finale of Ishq Aaj Kal, Alia and Imran join Faraz in getting Javed to confess his crimes. Wasim and Heena's killer is revealed! 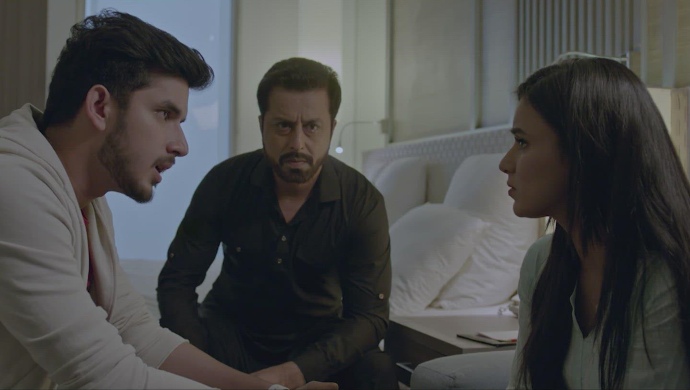 In the previous episodes of Ishq Aaj Kal, Faraz is beaten up badly in jail and he confesses that Javed actually killed Arshad. Ejaz feels Faraz is lying and confronts him in jail. Naaz goes to Imran’s room and asks him if he killed Arshad. Imran says he would never kill anyone. Meanwhile, the police find Arshad’s dead body near the river. Amaira tells Alia that she is ruining people’s lives. Naaz stops Amaira and tells her that Alia is her half-sister and Imran is her real father. Faraz blackmails Javed to help him be proven innocent in court.

In the final episodes, Ejaz proves all the witnesses and proofs against Faraz to be false and baseless in court. However, back at the hotel, he asks his father Javed why he tried to save Faraz. Ejaz tried to track the clues presented in court but was unable to find the identity of the real killer. Amaira is still shocked to find out that her mother lied to her for so many years. Alia tries to comfort her but she refuses to speak to her too.

Amaira is sitting with Faraz when she finds a video on his phone showing evidence that Javed killed Arshad. She forwards that message to herself and then deletes the message on Faraz’s phone. Faraz finds out that Amaira has the video from his phone and attacks her. Ejaz feels like Faraz is hiding something. Alia tells him that Faraz is Wasim’s son and he decides to meet Faraz’s mother in Lucknow.

Alia feels Faraz has something to do with Amaira’s attack too. Faraz refuses to accept any blame for what happened. Imran tells Alia that they will only know about Faraz’s truth once they get Javed’s confession. Faraz offers to help them get Javed’s confession even if Alia doesn’t trust him. Ejaz finds out about his father, Javed’s truth, from Faraz’s mother.

Faraz lets himself be kidnapped by Javed’s men. Imran gets captured too. Javed decides to kill both of them and tells them the truth. He tells them how he killed Wasim and Heena to protect himself and his drug trade with Balraj. However, before he kills them, Alia and Ejaz show up with guns. They both hold Faraz and Javed at gunpoint for their crimes. Javed shoots the lightboard to escape but someone shoots him.

Get live updates of the Coronavirus outbreak in the ZEE5 News section.