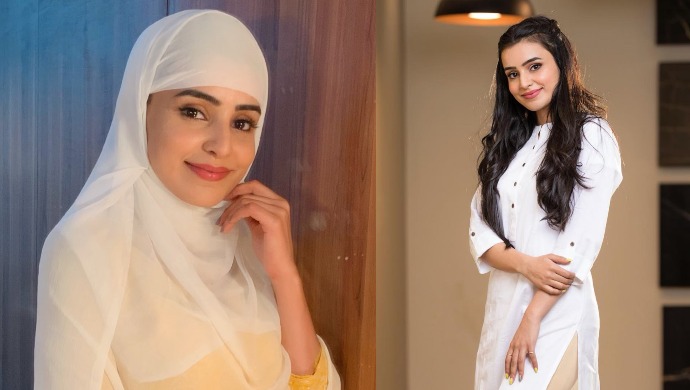 Ishq Subhan Allah, starring Adnan Khan and Eisha Singh, is one of the leading television shows today. The Zee TV daily soap went on air on 14 March 2018 and soon became a viewers’ favourite with Kabeer (played by Adnan) and Zara’s (played by Eisha) epic romance winning hearts. A year on, ZaBeer’s (as fans fondly call the couple) story is set to move forward with a digital spin-off Ishq Aaj Kal. The web reboot shall feature the story of Aaliya Jaffri essayed by Ankitta Sharma, although it yet remains to be seen as to how she is related to Kabeer and Zara. Slated to release on 4 July 2019 on ZEE5, Ishq Aaj Kal also stars Angad Hasija and Paras Kalnawat in the lead roles.

The makers of Ishq Aaj Kal today released a new trailer of the upcoming digital drama which is packed with all the right ingredients of a hit web show: entertainment, mystery, romance, and some chill-thrills. The two-minute clip shows Ankitta’s character Aaliya as a young, beautiful girl who is leading the happy life chasing her dreams when her past rears its ugly head in her present. A Salman Khan fan, Aaliya is content about having a job, seeing the world with her friends and pursuing a dream. However, she is threatened into doing certain things at the cost of saving her father, who was sentenced to death for killing her mothers when Aaliya was a kid. However, a series of strange circumstances bring Aaliya on the edge and leave her with no choice but to seek the truth.

On the other hand, is Arshad Ali Khan, played by Angad. Aaliya is interning at a hotel where Arshad is the head of the bunch of trainees. Paras’s character Faraz Sheikh is one of them and has a certain inclination towards Aaliya, but she hates him. Meanwhile, Faraz and Amaira (Shagun Jaswal) have a thing going on. An incident in the hotel brings Aaliya, Arshad, and Faraz at crossroads, but will Aaliya be able to go back to her happy and peaceful life?

Will Aaliya find the truth about her father? Find out on 4th of July! Ishq Aaj Kal also stars Kavita Ghai, Roshmi Banik and Kunal Nirola in important roles.

Are you excited to watch the Ishq Aaj Kal? Share your thoughts with us in the comments box below.

Notorious Hrithik Or Clever Mishri: Who Is Your Favorite Child Actor On AndTV?